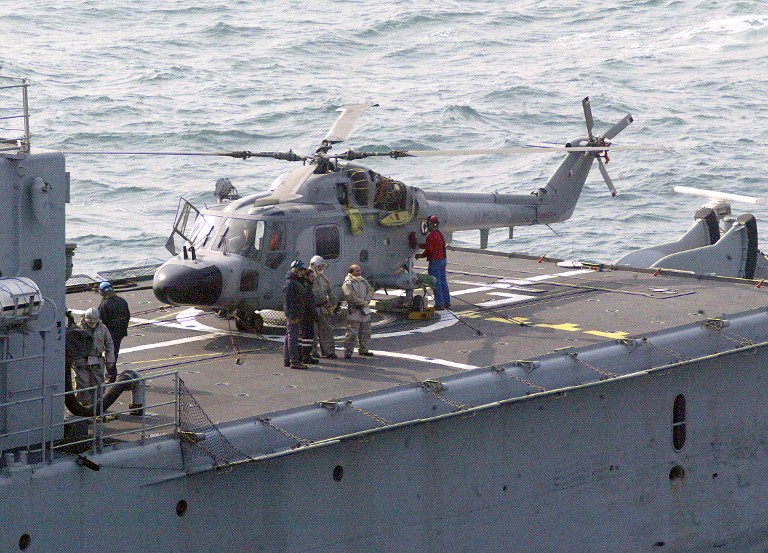 Ghana - Grey, sleek, bristling with massive cannon and an assortment of machine guns, the French navy&39;s Commandant Birot is well-equipped to patrol Africa&39;s most dangerous stretches of ocean.

Vessels like it played a key role in curbing pirate attacks off the coast of lawless Somalia, which saw a spate of cargo ships hijacked and ransomed for months and even years.

But with attacks off the Horn of Africa in decline, the Birot is now needed off the continent&39;s western coast in the Gulf of Guinea, as experts call for regional navies to shoulder more of the burden.

"It&39;s the place where there&39;s the most oil platforms", which means lots of boats travelling between land and the installations, said the Birot&39;s captain Lieutenant Commander Yves Le Goff.

Many of the pirates targeting ships on the high seas come from the Niger Delta in southern Nigeria, where indigenous groups are demanding a greater share of the region&39;s oil wealth.

While hostage takings occur occasionally, Gulf of Guinea pirates prefer to board ships, steal their fuel or cargo and rob the sailors.

The International Maritime Bureau said West African piracy made up 19 percent of attacks worldwide last year, with Nigerian pirates accounting for 31 of the region&39;s 51 attacks -- the most since 2008.

At the same time, piracy off the Horn of Africa was at its lowest since 2006 and down more than 90 percent from its peak in 2011.

The Birot and others like it have been patrolling the Gulf of Guinea since 1990 to help French nationals and merchant vessels in distress as well as train local navies.

"The French Operation Corymbe is by far the most important operation, as it has at numerous occasions intervened in hijacking situations or supported after the vessels&39; release," Hans Tito Hansen, the managing director of a maritime consultancy, Risk Intelligence, said in an email.

The French military intervened after the oil tanker Energy Centurion was hijacked off Togo in August 2012 and again when the French ship Adour was seized off the same country in June, he added.

Since the frigate left France in January and steamed south to patrol the waters between Senegal and Angola, there have already been approximately seven cases of piracy in the Gulf, said Le Goff.

The Birot recently spent four days in port in Ghana, where it joined up with British vessel HMS Portland and Ghana&39;s GNS Garinga for manoeuvres off its coast.

Le Goff said many of West Africa&39;s navies are young, ill-equipped and unable to cooperate with neighbouring navies, hindering their ability to respond to pirate attacks.

"These are all countries turned inland," he added. "They haven&39;t developed their navies."

Ghana is one of the better equipped local navies and was able to quickly mobilise its ship after a sudden change in the plan for the exercise, the commander explained.

"We send out a signal to the bad guys that we are always there," he said.

But despite having a fleet of recently built patrol ships, Tenzii said Ghana&39;s navy lacked some of the capabilities of western fleets, such as helicopters to move sailors onto other ships.

Terry McKnight, a retired rear admiral in the US Navy who led a task force off Somalia, said West African countries were loath to allow international navies to patrol in their territorial waters.

"You will never see the number of coalition forces down there off the west coast of Africa," McKnight said.

Le Goff says that it was unlikely that pirates would even put up a fight against his well-armed boat.

Instead, he sees his mission as an opportunity to train local forces to defend their own coasts -- and to act as a deterrent.

"Here, we are not Somalia. There are states, they have laws," Le Goff said. "The main point here is to be present at sea."