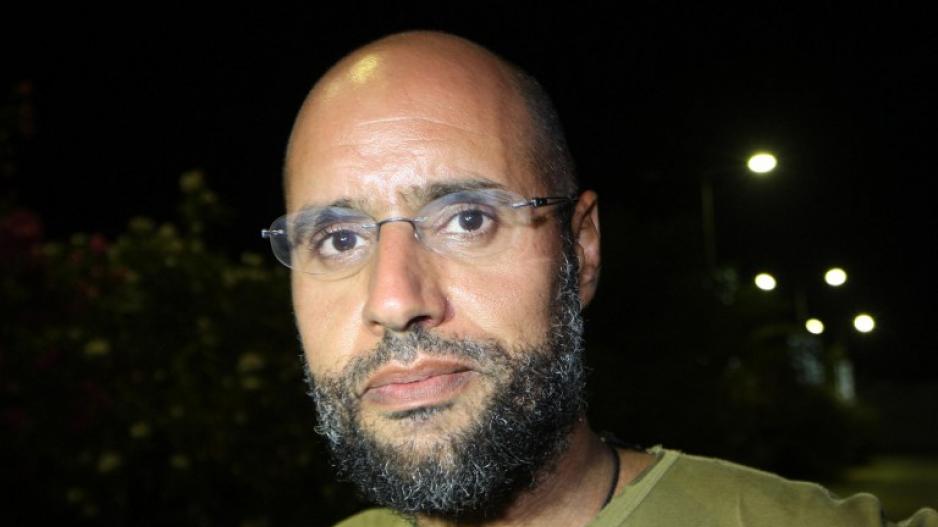 TRIPOLI – Libyan authorities said on Monday that Muammar Gaddafi's son Saif al-Islam, reportedly set free by militia at the weekend, was still wanted by a Tripoli court for a 2015 conviction.

Saif al-Islam, the second son and heir apparent of the late deposed Libyan dictator, was said to have been released on Friday by a militia group that controls the town of Zintan in western Libya.

The group, which had held Seif al-Islam for more than five years, said he had been set free under an amnesty law promulgated by the parliament based in the country's east during the Muslim holy month of Ramadan.

But the prosecutor general's office in Tripoli, where a rival UN-backed administration is based, said the amnesty could not apply to Seif al-Islam because of the severity of his crimes.

"Having been sentenced in absentia on 28 July 2015 ... (Seif al-Islam) is required to appear before the court," Tripoli prosecutor-general Ibrahim Massud Ali said in a statement.

There was no independent confirmation of Seif al-Islam's release, which could spark further instability in a country already wracked by divisions and violence.

"This is the fourth time in a little bit more than a year that the news of Seif's liberation has spread," Toaldo told AFP.

"There is still no visual evidence of his liberation and even the term 'liberation' must be used carefully as he was already free to move within the city of Zintan," he added.

Seif al-Islam's whereabouts remain a mystery and even his lawyer, Karim Khan, has declined to confirm or deny the militia had let him go.

In any case, said Toaldo, if the "liberation" of Gaddafi's heir apparent is confirmed it "would mark his active return to politics".

According to Toaldo, people close to Seif al-Islam had set up offices in several foreign capitals.

But he said Gaddafi's son "would be more easily protected either in the south or in cities like Bani Walid where both tribal and political allegiances are more closely aligned with him".

"His first goal (if he was indeed freed) could be to rally all the regime loyalists and tribal forces around him," he said.

Seif al-Islam had been held in Zintan since being detained in November 2011, just days after his father was killed in a NATO-backed uprising against his decades-long rule.

The Zintan militia, which opposes Libya's UN-backed Government of National Accord (GNA), based in the capital, had refused to hand him over to authorities despite several legal cases.

A court in Tripoli convicted Seif al-Islam in 2015 in connection with attempts to put down the revolt and sentenced him in absentia to death.

He is also wanted by the International Criminal Court (ICC) in The Hague for alleged crimes against humanity.

His reported release came with the North African country still rocked by infighting, with authorities in the east, reportedly allied with the forces of military strongman Khalifa Haftar, refusing to recognise the GNA.

The prosecution statement did not confirm he had been set free and gave no indication of his potential whereabouts, and the GNA has not commented on his reported release.

Human Rights Watch called on Libyan authorities to track him down.

"Libyan authorities, who remain obligated to surrender him to the court (International Criminal Court), should urgently confirm whether he was released and disclose his current whereabouts," said Sarah Leah Whitson, HRW's Middle East and North Africa director.