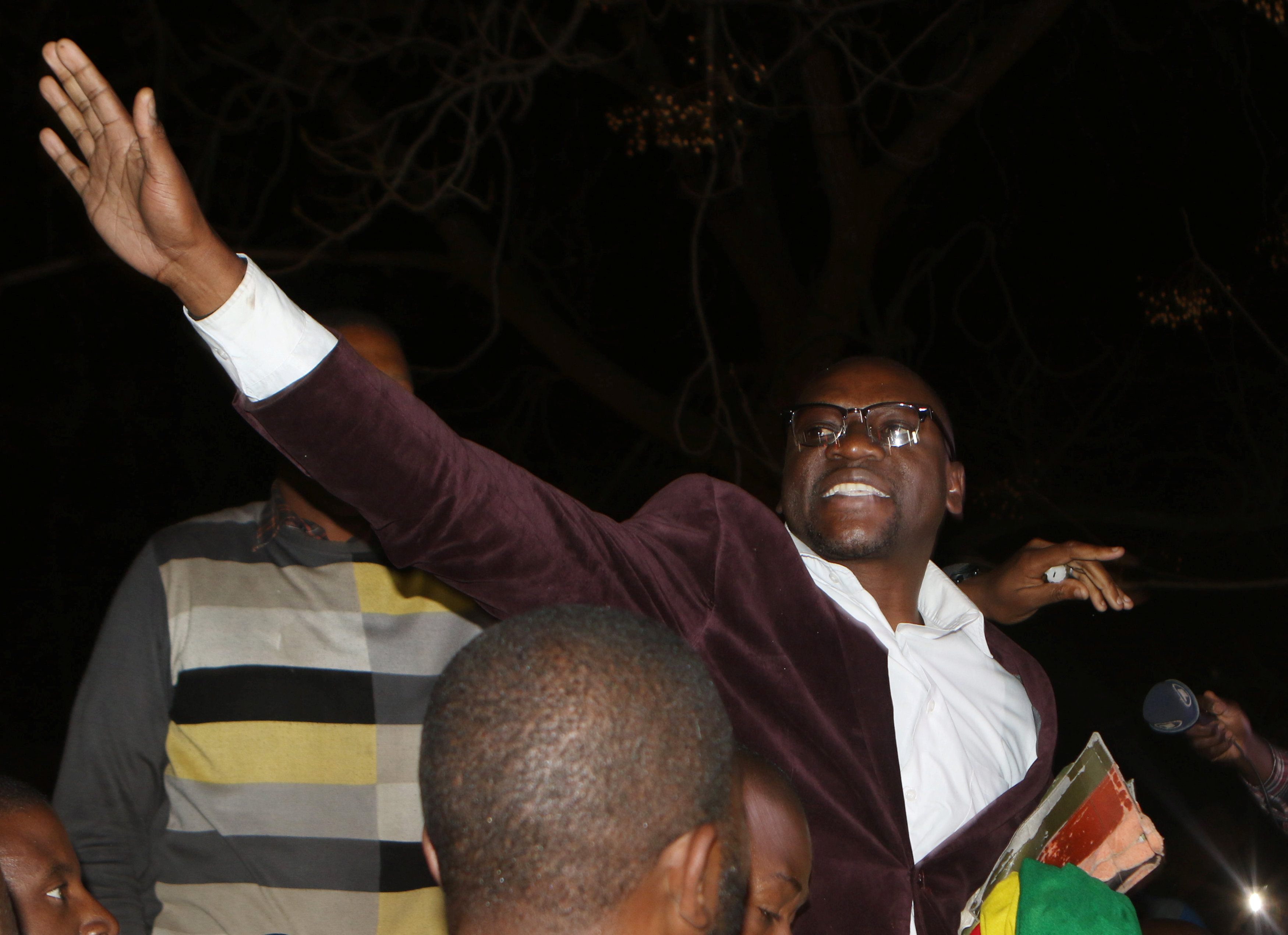 Zimbabwean Pastor Evan Mawarire is lifted by followers after his release at Harare magistrate's court.

HARARE - The Zimbabwean pastor who has emerged as leader of a new protest movement against President Robert Mugabe&39;s authoritarian government called on Thursday for further strikes and shutdowns.

Evan Mawarire, who started the popular ThisFlag internet protest campaign in April, was an organiser of a one-day nationwide strike last week that closed offices, shops, schools and some government departments.

"Tell everyone that you know... tell them that the pastor said we carry on with our &39;stay-away&39; and shutdown," Mawarire said in a Facebook video, the day after a court threw out a case against him of attempting overthrow the government.

"There is a hope inside you that this country needs, and if you don&39;t get involved you are robbing us of that hope," he said, wearing the national flag around his neck.

"We are not just hating the government for nothing. We actually want you to know the reality on the ground."

A recent series of demonstrations, the largest in years, have been driven by an economic crisis in Zimbabwe that has left banks short of cash and the government struggling to pay its workers.

Mugabe, 92 and increasingly frail, has previously used his ruthless security forces to crack down on any public show of dissent.

Mawarire was arrested on Tuesday but released the following day after a magistrate dismissed the case against him.