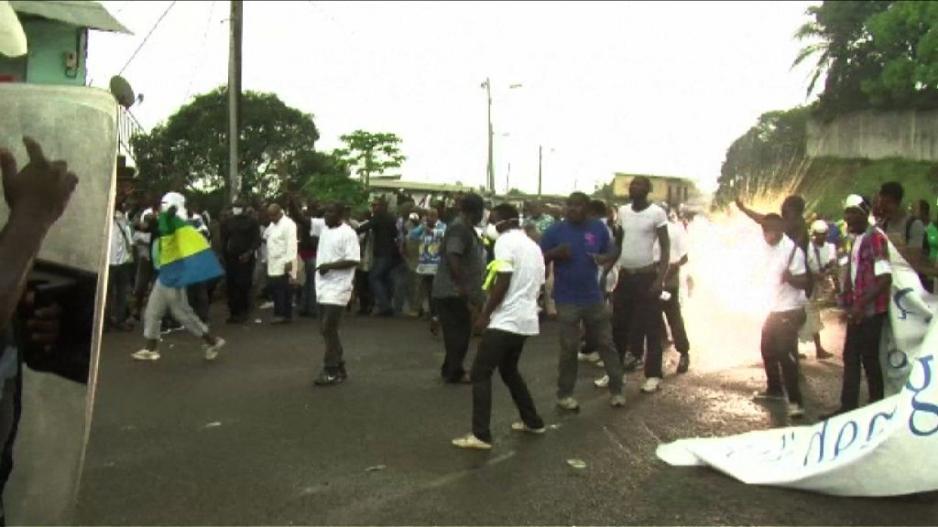 20 December 2014 - Gabon has launched an investigation into the death of a protester during an anti-government protest on Saturday. This comes as the United Nations renews calls for dialogue.

LIBREVILLE - Gabon has launched an investigation into the death of a protester during an anti-government protest on Saturday.

The move comes as the United Nations renews calls for dialogue.

Anti-government protesters had defied a ban on protests and took to the streets of Gabon’s capital Libreville calling for President Ali Ben Bongo Ondimba to step down.

They send soldiers with policemen to disperse people with tear gas, they shoot at the people. They even shot the leaders which is not really normal. When the leaders are at the head of the protest, usually they let them through along with the people.

The opposition claims that three people were killed, but authorities have dismissed this.

They say only one person was killed and that they are probing the incident.

Bongo came to power after a disputed presidential election in 2009.

The poll was held after his father Omar Bongo died in office after ruling the country for more than four decades.