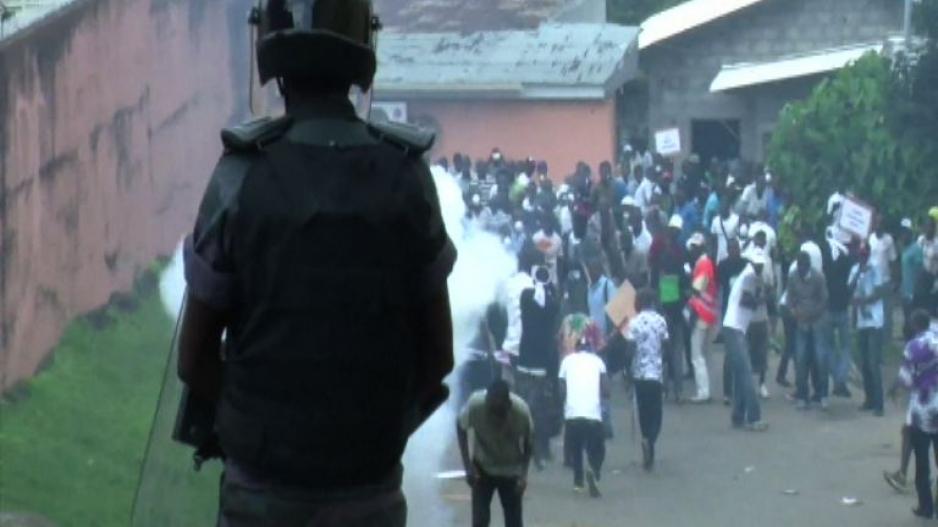 LIBREVILLE - In Gabon, clashes broke out between police and the opposition questioning the legitimacy of President Ali Bongo.
This comes after French writer Pierre Pan&39;s controversial book accusing Bongo of falsifying his birth certificate.
French writer and journalist, Pierre Pan, recently released his controversial book called "New African Affairs".
In the book, the author claims President Ali Bongo has Nigerian origins and was brought from Biafra during the Nigerian civil war in the 1960’s.
The book claims that he was adopted by the late president Omar Bongo.
This has caused tension in Gabon.
According to the country’s constitution, no persons born to foreign parents can become president.
The book also accuses the Gabonese leader of presenting a false birth certificate to qualify for the 2009 presidential elections.
The opposition has demanded that he produce his birth certificate, or take a DNA test to prove that he is the son of Omar Bongo.
"We did not say anything serious except the truth. We didn&39;t say anything except the birth certificate that he produced was false,” said Jean Ping, former Chairman of the AU Commission.

It was a forgery and a falsehood.

They marched to a courthouse in Libreville, but clashes soon broke out with police.

It seems like Ali Bongo is not Gabonese goal we want concrete evidence and to file a complaint. But when we start to walk we&39;re are bombarded by tear gas.

The Gabonese government has described the allegations as rumours and is threatening to file a lawsuit against the journalist.
It&39;s also called the protests illegal.