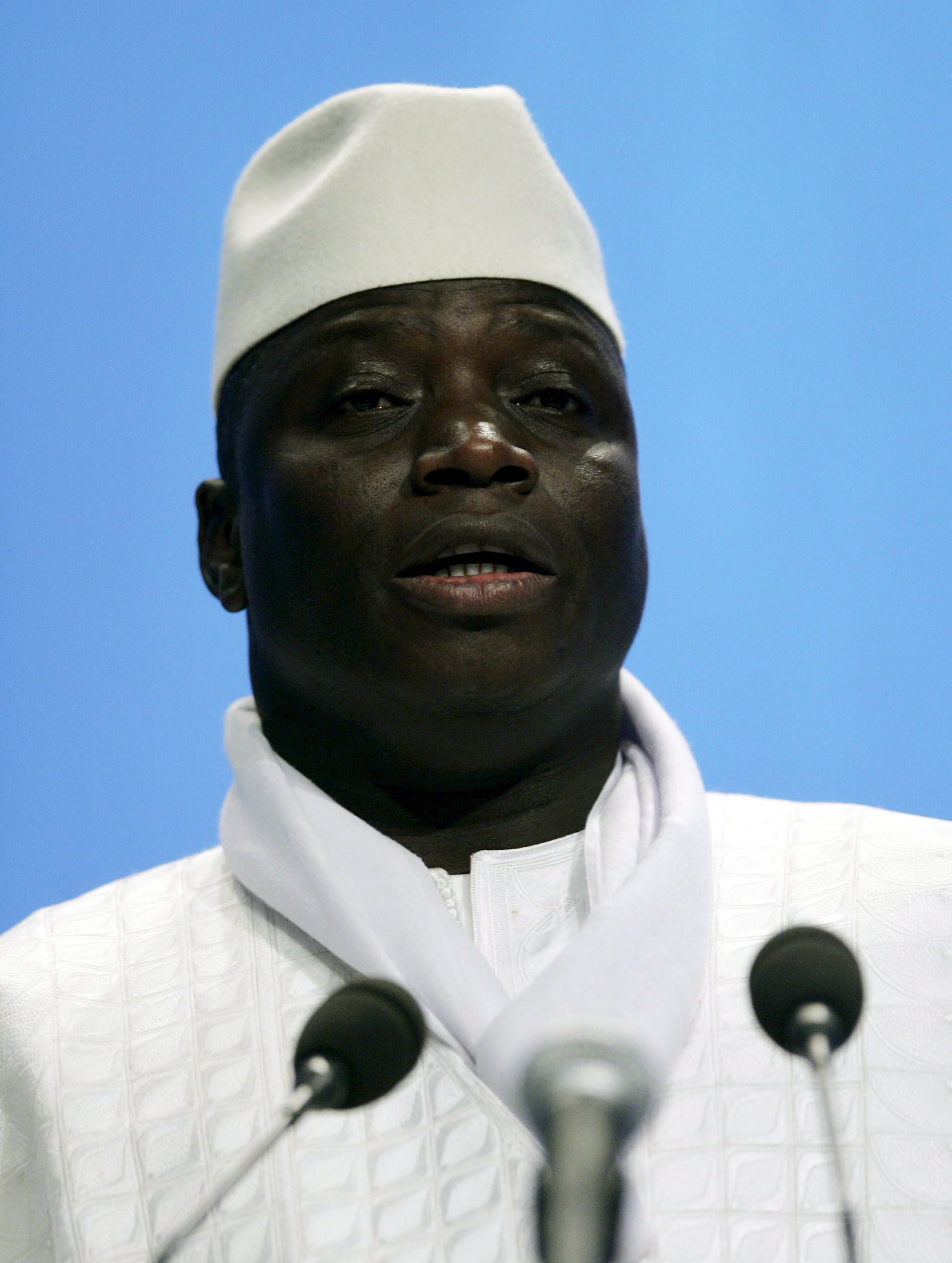 File: President of the Republic of the Gambia Yahya A.J.J. Jammeh speaks in Dubai, United Arab Emirates on Tuesday, 7 February 2006. The US charges two over failed Gambia coup on Dec. 30.

BANJUL -  Gambia has given the EU representative in its capital Banjul 72 hours to depart from the country, leaving Brussels "astonished" and prompting the opposition to brand the decision gravely "ill-considered".
"The Gambian government informs the public that it has decided to call on Miss Agnes Guillaud, interim charge d&39;affaires of the European Union delegation in Gambia, to leave Gambian territory within 72 hours," said an official statement read out on public television late Friday.
Without giving any reasons for the decision to expel Guillaud, the statement said the 72-hour deadline included Friday -- presumably giving her until Sunday to leave.
"We are astonished by this announcement which came with no explanations," an EU foreign policy spokesman in Brussels said.
"We are summoning the Gambian ambassador today to seek an explanation," he said on Saturday, adding that the EU had "full confidence" in Guillaud&39;s work.
Guillaud, a French citizen, has been in Gambia since 2011.
The EU is one of the main economic partners of the West African country, with subsidies of 65 million euros ($72 million) from 2008 to 2013.
Gambia&39;s top opponent Ousainou Darboe also lashed out at Banjul, branding the expulsion "one of the most ill-considered decisions by the government of the Gambia".
Speaking to AFP by phone, Darboe said he did not know why the representative was being told to go.
"The EU is one of our foremost development partners and we should not be doing anything that would jeopardise our relationship with them," he said.
"This decision is going to cost us a lot in our relationship with the EU."
Guillaud recently announced at a reception she hosted in Banjul that the end of her mission was coming up.
"I would have thought that whatever problem that might have existed between the Gambia government and Madam Guillaud personally, it should have been handled in a more respectable way rather than expelling her," Darboe added.
The smallest country in mainland Africa and a former British colony, Gambia has been under the iron fist rule of Yahya Jammeh since 1994.

EU should be resolute human rights issues with the expulsion the charge the affairs whose mission nearly completed http://t.co/UZ1yaftYix

The regime is frequently criticised for human rights abuses, extra-judicial killings, torture and the muzzling of journalists.
Sixty percent of the population live in poverty, a third surviving on $1.25 or less a day, according to the UN&39;s 2014 Human Development Report.