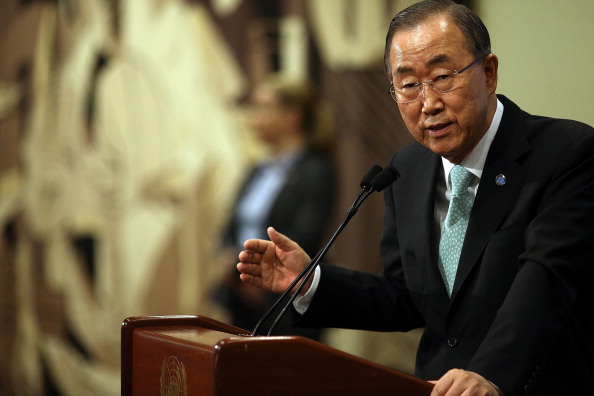 UN Secretary General Ban Ki-moon has urged for an end to hostilities in Gaza.

UNITED NATIONS - UN Secretary General Ban Ki-moon on Wednesday called for an investigation of an attempted coup to oust Gambia&39;s President Yahya Jammeh as the Security Council met to discuss the turmoil.
Jammeh returned home to Banjul overnight after the failed bid to overthrow him while he was on a visit to Dubai as fears mounted of possible reprisals by his regime.
Ban urged the government, security and defense forces in Banjul to "act in full respect of human rights."

Noting the seriousness of any attempt to overthrow governments by force, the Secretary General encourages the establishment of a transparent investigation into the events of December 30, in compliance with due process and respect for rule of law.