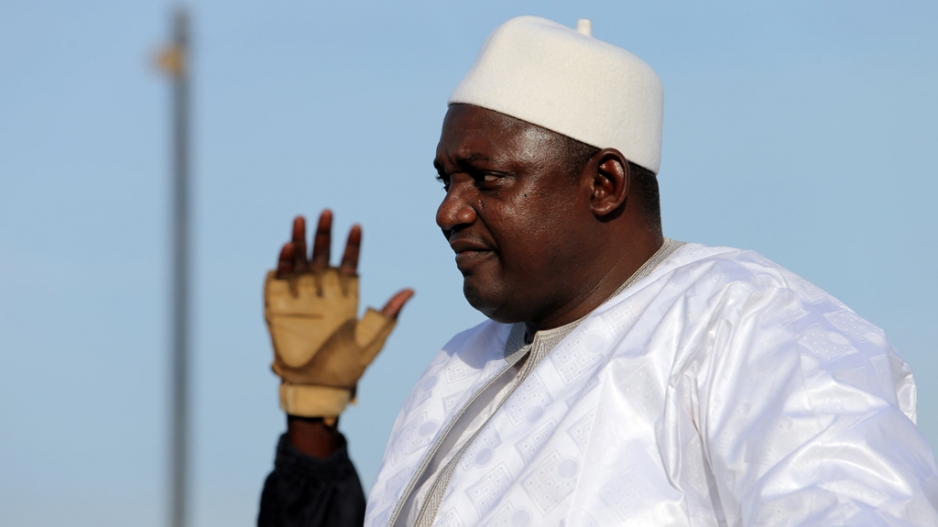 Gambia's President Adama Barrow, who was sworn in at the Gambian embassy in neighbouring Senegal, is greeted upon his arrival in Banjul, Gambia January 26, 2017.

BANJUL – Gambian police on Monday lifted a ban on political activities provoked by violent clashes allegedly between supporters of President Adama Barrow and those of former leader Yahya Jammeh.

The ban, put in place on January 11, had suspended permission for rallies and other public political events as the country prepares for local elections in April.

It reiterated a "commitment to ensure that political activities are conducted in a safe and secure atmosphere," following the clashes in early January.

Supporters of the opposition Alliance for Patriotic Reorientation and Construction (APRC) allege they were attacked near President Barrow&39;s village on January 8, and in two similar incidents in the following days.

The presidency confirmed several people were injured in the first confrontation, while supporters of the ruling United Democratic Party say villagers attacked the APRC supporters, not their members.

The APRC was once led by Jammeh, who left the country for exile in Equatorial Guinea just over a year ago.

He ruled the west African country with an iron fist for 22 years, during which he was accused of rampant corruption and human rights abuses.

A controversy has now erupted over any eventual prosecution of Jammeh after Equatorial Guinea&39;s President Teodoro Obiang Nguema said he would "not accept" any extradition demand.

"Yahya Jammeh must be protected. He must be respected as a former African leader," Obiang, who has ruled his own country with an iron fist since 1979, said on Friday.

"This is a guarantee for other African leaders that they will not be harassed after they leave power," Obiang added.

Baba Hydara, son of AFP journalist Deyda Hydara, who was murdered in 2004, said the families had a right to justice for crimes they say Jammeh&39;s regime committed.

"Those of us whose relatives were killed, who were tortured or raped in prison, who were shot for peacefully demonstrating, who were forced into Jammeh&39;s phony HIV &39;treatment&39; program, have a right to justice that will not be denied, and we will fight however long it takes," he said in statement.