Get to know presidential candidates Raila Odinga and Uhuru Kenyatta 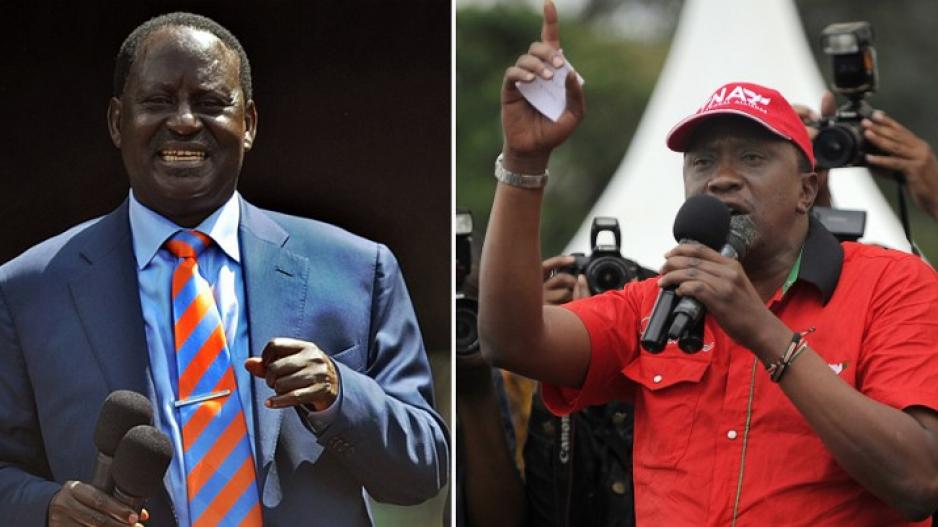 Prime Minister Raila Odinga, the son of Kenya&39;s first Vice President, Jaramogi Oginga Odinga, has fanatical support in his western Kenya, the Lau dominated region. He rose to prominance as the country&39;s longest serving detainee after being accused of planning a coup against the then president Daniel Arap Moi in 1982. Upon his release he entered politics.

Odinga&39;s career in politics has seen a number of highlights, including being credited for assisting in the improvement of Kenya&39;s economy and infrastructural development, but his post defeat allegations over fraud after the 2007 elections led to widespread violence that is still fresh in the minds of many.

Uhuru Kenyatta may be Raila Odinga&39;s toughest challenger this election, but the public&39;s perception of Kenya&39;s wealthiest man is what critics say is crucial to his presidential bid.

Uhuru is the son of Jomo Kenyatta, the county&39;s founding father and first Prime Minister and President. His family&39;s legacy can be found across Kenya, on signposts for national parks, roads and even the airport, and he is a prominant business man with interests in tourism and television.

Kenyatta&39;s wealth has afforded him a lavish election campaign in which he is making the most of the region&39;s access to the internet through mobile technology to convince the people that he is just an ordinary man, albeit a hip one.

A major challenge he may face is convincing the public that the allegations of crimes against humanity by the International Criminal Court are, as he insists, false.