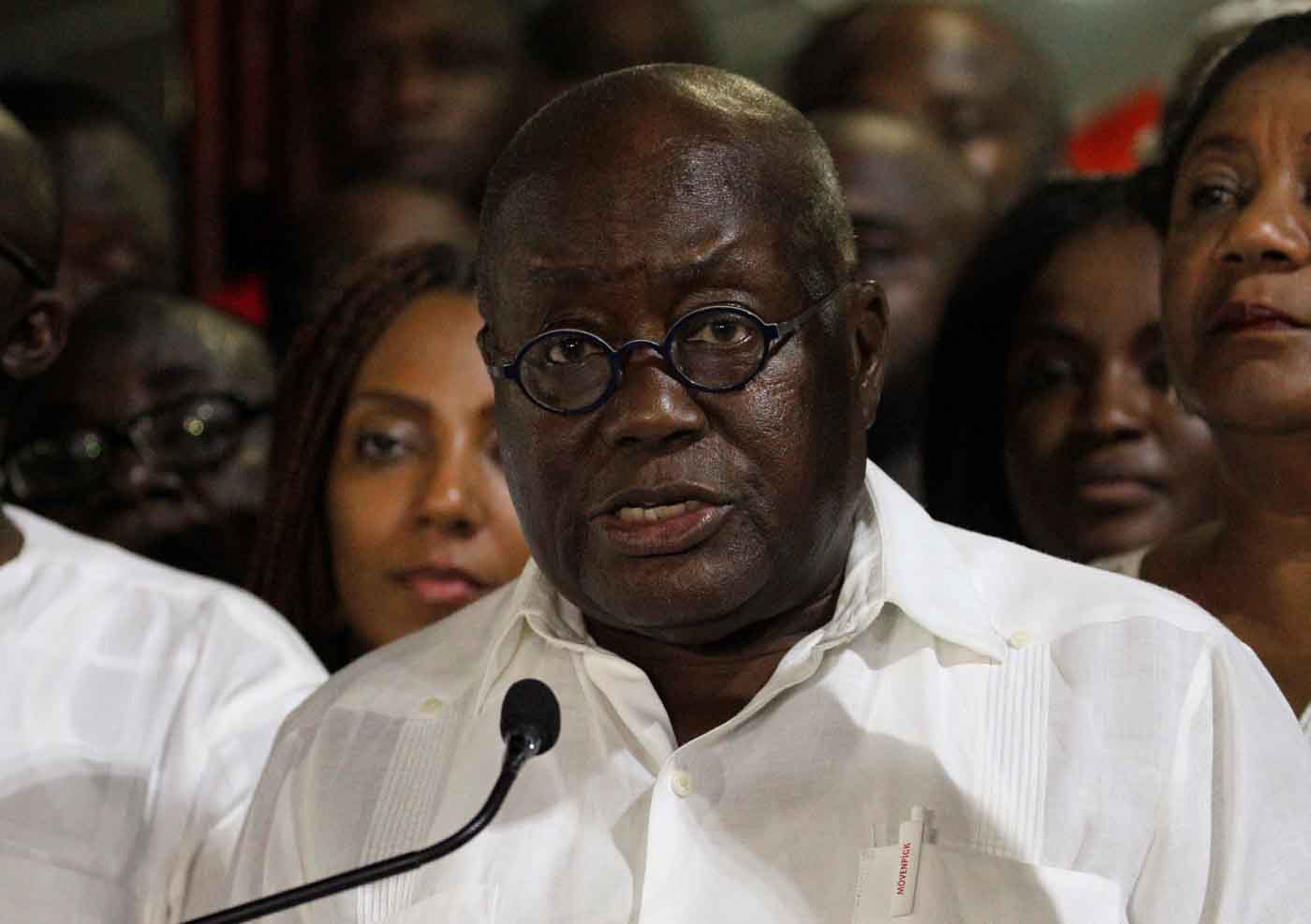 Ghana's president-elect Nana Akufo-Addo of the opposition New Patriotic Party speaks during a news conference at his home in Accra, Ghana on December 9, 2016.

A furore over the auctions is expected to dominate discussions between the African Union and European Union at a two-day summit starting on Wednesday in Ivory Coast&39;s economic capital, Abidjan.

But he also said the auctions made "mockeries of the alleged solidarity of African nations grouped in the African Union, of which Libya is a member".

The AU has called for "urgent measures" to stop the abuse of black Africans in Libya, which critics say has been fuelled by EU-Libyan cooperation to curb migrant crossings to Europe.

The EU for its part said it would pressure the UN-backed government in Libya to prosecute the slave traders and push for improvements in conditions at migrant detention centres.

Akufo-Addo&39;s criticism came as his Nigerian counterpart Muhammadu Buhari arrived in Abidjan and said it was appalling that his compatriots were being sold "like goats".

He vowed to repatriate and rehabilitate all Nigerians stranded in Libya, and reduce the numbers heading for Europe illegally via north Africa.

One of the men shown in the footage of the slave auctions, which was broadcast by US network CNN on November 14, was said to be Nigerian.

Nigerians are among the nations with the highest number of undocumented migrants trying to make the treacherous crossing to Europe from Libya across the Mediterranean Sea.

The current slave auctions of Africans in Libya are not only gross and scandalous abuses of human rights, but are also mockeries of the alleged solidarity of African nations grouped in the African Union (AU), of which Libya is a member.