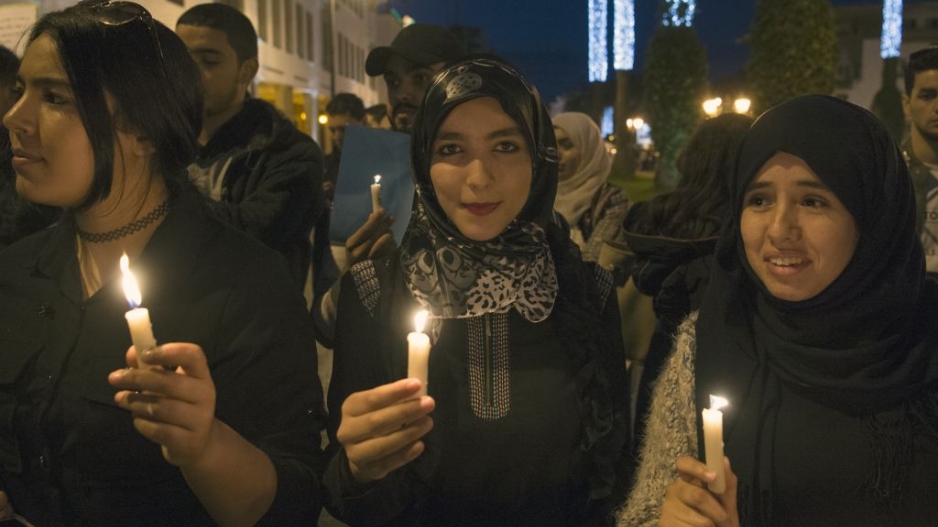 Moroccans protesters carry candles during a demonstration on November 6, 2016 in the capital Rabat, to demand justice for a fish seller whose gruesome death, when he was crushed in a rubbish truck, sparked nationwide outrage.

The disturbances were the latest to rock the northern province of Al-Hoceima since the death of a local fishmonger in a garbage truck last October sparked nationwide protests.

The province lies in the Rif -- a long neglected ethnically Berber region that was at the heart of a 2011 movement for reform that saw King Mohammed VI cede some of his powers.

Governor Mohammed Zhar was fired during a visit to Hoceima on Tuesday by Interior Minister Mohamed Hassad, the ministry source said.

His dismissal was intended to "clear the air" and "meet residents' expectations for the region's development", the source added.

Provincial authorities said they made 14 arrests but said nothing about the identity or motives of the protesters.

Moroccan newspapers reported that several dozen police were injured, six of them seriously, after officers were trapped by the blaze and several jumped from the roof to escape the flames.

There was no official confirmation of the casualty toll.

According to the Le360 news website, the disturbances began with a march by local schoolchildren protesting against the lack of teachers and school transport, which then got out of hand.

On Tuesday, several hundred protesters marched into Al-Hoceima, a fishing port on the Mediterranean coast, but the demonstration passed off without incident, a community source said.

There have been repeated disturbances in the province since Mouhcine Fikri, 31, was crushed to death in a garbage truck on October 28 as he tried to protest against the seizure and destruction of swordfish, which had been caught out of season.

There were protests in early January and again in early February.