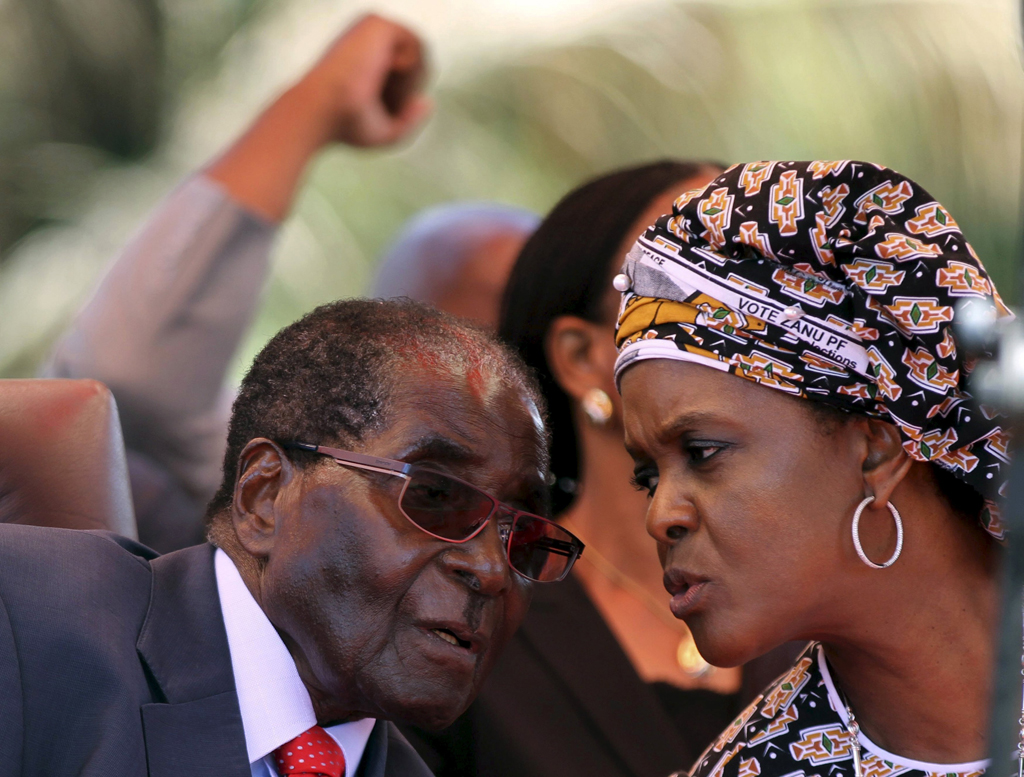 Zimbabwe's President Robert Mugabe talks to his wife Grace before addressing the ZANU-PF party's top decision making body, the Politburo, in the capital Harare, in this February 10, 2016 file photo. Mugabe turns 92 on Sunday.

At 93,  Mugabe has ruled the country since independence in 1980.

He's  Zanu-PF's presidential candidate for the 2018 election, his last under the constitution.

He will be 99 if he completes another five-year term, although many believe his health may fail before then.

READ: I am not stepping down and not dying: Mugabe

At a meeting of Zanu-PF's women's wing, Grace Mugabe contradicted the veteran leader, saying it's up to him to name a successor.

Earlier Mugabe had insisted it's the ruling party's responsibility to do so.

"I know the president says no no no I don't want to impose any candidate but I have always argued with him that you have the role, you have the right to be part of that process to say who will succeed you because we respect you," said the first lady.

The battle over leadership has intensified in the past three years, with two distinct camps emerging.

One supporting Vice President Emmerson Mnangagwa and the other rooting for Grace Mugabe.

Many Zimbabweans in the capital say they just want to see the back of Mugabe and everything he stands for.

"I believe for Robert Mugabe to step down is not enough we need the whole Zanu PF system to go because we believe they are the same," said Harare resident, Jordan Ndori.

Many in Zimbabwe view President Mugabe's indecision on this matter as a sign of his growing inability to lead.

There are also fears of a damaging power struggle should he suddenly fall seriously ill.