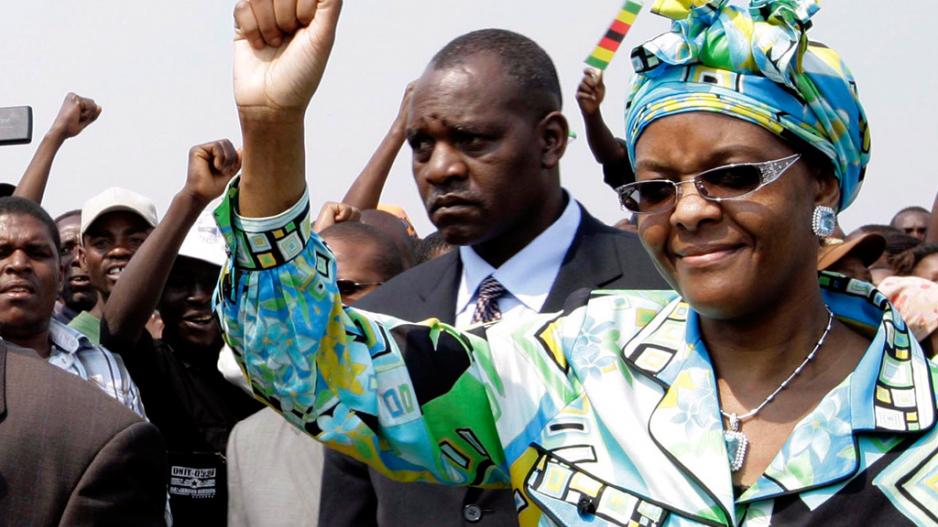 Mugabe is accused of using part of a $98 million loan Zimbabwe got from  Brazil to fund her rallies which observers view as  bid to succeed her 91-year-old husband, according tothe ZimEye website.

Part of the loan comprises tractors which Grace is donating to Zanu PF supporters on her rallies, it adds.

“She (Grace) is not a member of the government; she is not an employee of the State so she has no right at all to be doing whatever she is doing,” said Biti.

“She is a Zanu PF functionary; she is not a minister, she is not a parliamentarian. So, why is she using State resources moving around with two helicopters, bringing half the cabinet at her mad meetings? It’s just insane?”

"Grace Mugabe abuses $98m facility" alleges Zim Indep. I wondered where the money 4 the tractors had come from... http://t.co/Gpg1F8FKnY

The Zimbabwe Independent says Mugabe is also donating tonnes of maize which officials say belong to the state, foodstuffs and clothes whose source of funding is “shady”.
Grace recently raised US$3 million for her birthday party in July and said she would use part of it to fund her donations, but the amount of aid she is dishing out is worth much more.