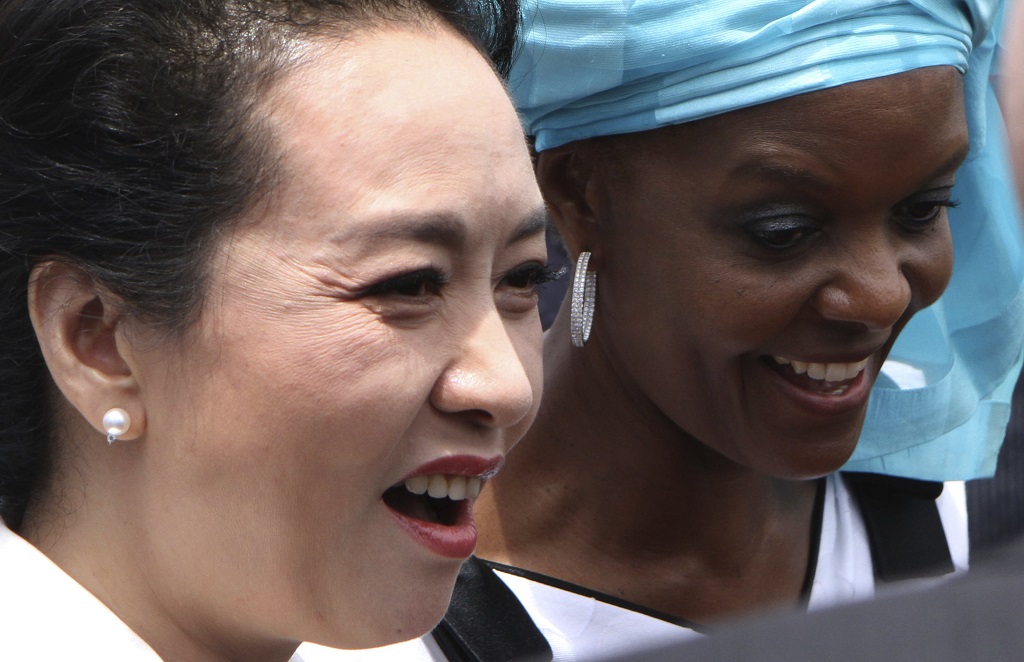 China's First Lady, Peng Liyuan, visited an orphanage in Harare, Zimbabwe on Tuesday during Xi's state visit to the country. Zimbabwe's First Lady, Grace Mugabe, welcomed Peng upon her arrival in the country on 1 December 2015.

HARARE – China’s first lady, Peng Liyuan, gave goods worth about US$150,000 to Grace Mugabe’s orphanage which is on her luxurious estate in the Mazowe area about 30 km west of Harare.

Peng accompanied her husband President Xi Jinpeng on his state visit to Zimbabwe. On Wednesday Xi will conduct a short State visit to South Africa before he and South African President Jacob Zuma co-chair the summit of the Forum for China- Africa Cooperation (Focac) in Johannesburg later in the week.

About 90 children and Grace Mugabe sang and spoke in Mandarin to the glamorous wife of the Chinese leader who said she was touched to be in Zimbabwe and to meet the children.

The orphanage, on a farm taken from an old white farming couple by Grace Mugabe 11 years ago, has become a “must-see” for important foreign visitors to Zimbabwe.

Most of the buildings which make up the well-equipped orphanage were financed by a South African businessman known as Jack Ping, before he and Zimbabwe’s first lady fell out over a mining deal.

Grace Mugabe has considerable power now as she is secretary of the Zanu PF women’s league, and led the attack against former vice president Joyce Mujuru last year, when Mujuru appeared to be gathering support to succeed Robert Mugabe as president.

Mujuru was eventually sacked from her post and Zanu-PF.

Mujuru was accused of plotting to assassinate Robert Mugabe, a charge which she has repeatedly denied. – African News Agency (ANA)