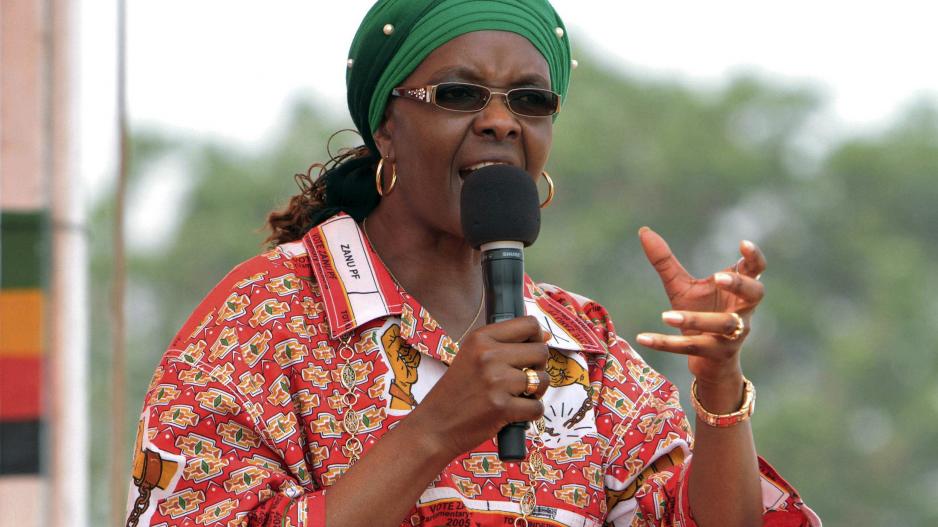 HARARE – Zimbabwe’s first lady Grace Mugabe is accused of buying a US$1,3-million diamond from a dealer in Dubai last year and then seeking a refund after she changed her mind about her purchase.

When the refund did not arrive in her Dubai bank account, Grace Mugabe allegedly seized the diamond dealer’s three Harare properties.

An urgent application was lodged in the Harare High Court this week against the controversial first lady by Jamal Ahmed who claims that he sold Grace Mugabe the gem, bought from a third party in Dubai.

The stone was then polished and set and the value of the piece of jewellery, he said, was US1,35-million and this was paid from Mugabe’s Harare bank account.

Grace Mugabe allegedly refused to accept the ring when it was sent to her in Harare and demanded a full refund into her bank account in Dubai.

Ahmed claims that he could not recover all the costs of the ring and needed to negotiate a plan and refund what cash he could in instalments via Harare as that was where the funds for the ring came from. He also said he dared not break Zimbabwe’s law re externalisation of funds.

Ahmed claims that his home in Harare and two other properties in which he has a large shareholding have since been seized, and that his workers and their families were evicted.

He claimed that Stanley Goreraza, Grace Mugabe’s son from her first marriage, was involved in the alleged seizure of the properties.

Ahmed says he is in Belgium as his father died there in September and that he is too nervous to return to Zimbabwe until this matter is settled.

He said the respondents in this case, Goreraza, Grace Mugabe and her bodyguard …..are “well connected” individuals and is aware that litigating against them is fraught with danger.”

Ahmed claims several attempts to negotiate a solution to the diamond ring matter were ignored by Mugabe and Goreraza working with a “go between”.

Ahmed is represented in Harare by lawyer Beatrice Mtetwa and has sought an urgent application so that Ahmed and his partners who own the three properties can continue their business operations.

Early Friday, the posh properties did not appear to be guarded, but have such high walls it would be extremely difficult to get inside any of them. One property in Harare Drive has a wall about 20m high and appears to surround a property of about 10ha.

Grace Mugabe was not in parliament on Tuesday when her husband, Robert Mugabe, delivered his state of the nation address.