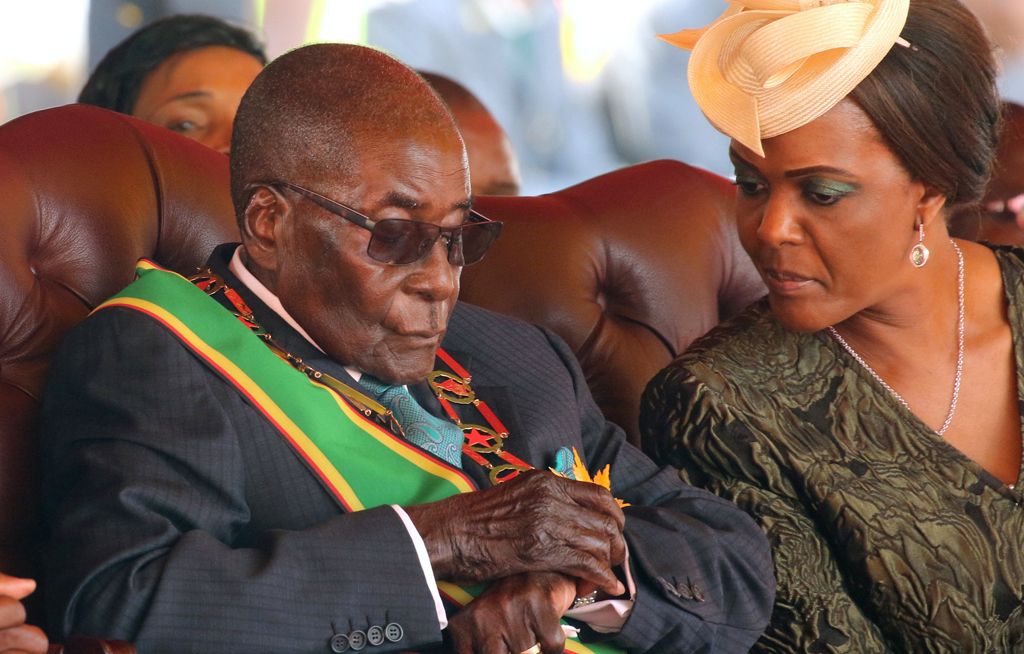 Africa's oldest leader, Mugabe (93) has ruled the former British colony since independence in 1980 but has insisted that ZANU-PF, and not him, will choose his eventual successor when the time comes.

But at a meeting of ZANU-PF's women's wing in the capital Harare, Grace Mugabe contradicted the veteran leader, who also attended the meeting, saying he should name a successor.

"The First Lady and Zanu PF Secretary for Women's Affairs has challenged the President to name his successor saying this has been the trend in other countries," ZBC said online.

"The First Lady said there is nothing wrong with Mugabe naming his successor, saying the move will enable all members to rally behind one candidate."

Mugabe did not speak at the meeting.

Fighting over leadership of a post-Mugabe ZANU-PF has intensified in the last three years, with two distinct camps emerging, one supporting Vice President Emmerson Mnangagwa and the other rooting for Grace Mugabe.

Mugabe is ZANU-PF's presidential candidate for the 2018 election, his last under the constitution. He will be 99 years if he wins and completes the five-year term.

Elections are due after July 21 next year, according to the constitution, but political analysts say Mugabe could call for an early vote, citing his frail health, and that he may want to take advantage of divisions within opposition ranks.

An early election would require parliament to vote to dissolve itself, which is highly possible given ZANU-PF's commanding majority in parliament.

Zimbabwe has since independence always held elections in March, with the exception of 2000 and 2013, both years when elections were delayed by a constitutional referendum.