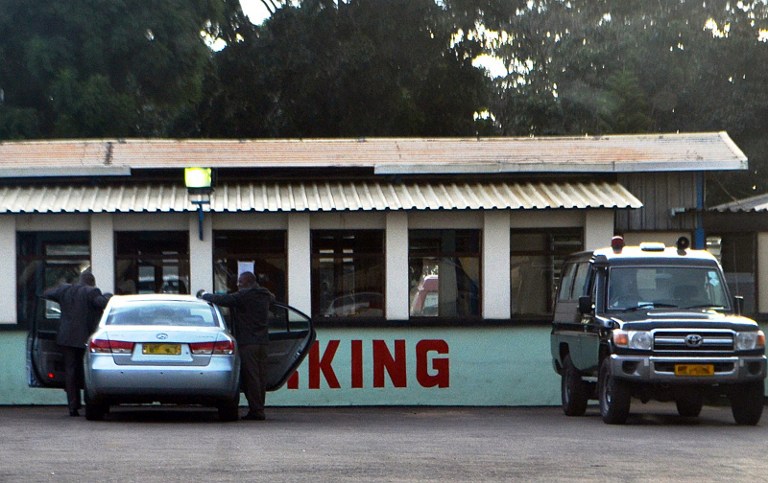 A picture of the Kamuzu Central Hospital in Lilongwe. Hospitals in Malawi are going without medicine after a corruption scandal caused international donors to slash their disbursements to the aid-dependent country.

LILONGWE - Hospitals in Malawi are going without medicine and civil servants without paychecks after a corruption scandal caused international donors to slash their disbursements to the aid-dependent country.

The Southern African nation has long been ensnared by corruption, but it has never seen the likes of the so-called cashgate scandal in which an assassination attempt was carried out on the budget director.

A government official was caught with hundreds of thousands of dollars of cash in his car.

The scandal involves the pilfering of an estimated $100-million in government money over 10 years and has made anger erupt among citizens as national elections approach in May.

"It is time we got angry and deal with all the corrupt fat cats," Blantyre resident Jimmy Bauleni fumed.

"We have tolerated corrupt practices for too long. Any wonder that we are among the poorest countries in the world?"

Donors, who finance 40 percent of Malawi&39;s budget, are likewise infuriated.

They suspended aid worth at least $120-million, or 10 percent of Malawi&39;s budget, for a year-long period ending this coming June.

Officials and politicians have blamed the shortfall for a deterioration of public services, including prison inmates going hungry and government employees not being paid for months.

Even the Anti-Corruption Bureau has seen its budget slashed.

More than 70 civil servants, politicians and entrepreneurs are now on trial in the cashgate scandal in proceedings that began in January.

"Everybody involved in the cashgate scandal will be charged and prosecuted accordingly, even if it is my son or my husband," President Joyce Banda vowed on Anti-Corruption Day on February 5.

The president has appointed international investigators to look into the graft allegations while Justice Minister Fahad Assani said there would be more arrests and those convicted could face life imprisonment.

"Once trust and confidence is lost, it takes time to rebuild, and I&39;m afraid there are no quick fixes to this problem," said Sarah Sanyahumbi, chairwoman of the CABS group of donors.

The group consists of several European countries, the European Union, the African Development Bank and the Word Bank, the main donors to cut aid to Malawi.

When Banda became Africa&39;s second female president in 2012, she won accolades for her determination to uproot corruption.

Her campaign included discarding her government jet and fleet of cars and cutting her salary.

But now she is expected to lose votes in the May 20 presidential, parliamentary and local elections.

Peter Mutharika accused the government of only arresting "small fish" while "crocodiles are still swimming and causing more damage".

Transparency International said in a recent report that the judiciary, ombudsman and Anti-Corruption Bureau have been effective in prosecuting lower-level corruption cases but there is concern about the treatment of the politically significant.

Opposition parties are trying to use cashgate to their election advantage, but observers noted that their own hands have been dirtied by graft and Banda herself is seen as having a relatively good record on corruption.

Cashgate erupted with the failed murder attempt of budget director Paul Mphwiyo, who survived the shooting with serious injuries.

Former justice minister Ralph Kasambara was charged with orchestrating the attack, allegedly to prevent Mphwiyo from exposing a graft ring.

A string of corruption-related arrests followed with one Environment Ministry official caught with stacks of bills worth 350,000 dollars in the boot of his car.

An assistant accountant in the office of the president was also arrested on charges of paying more than $2-million to a shady company for non-existent services.

Now the scandal threatens to engulf the president herself. One of the chief suspects, businessman Oswald Lutepo, allegedly gave 22 cars to Banda&39;s party and a Catholic rights group accused the president of using stolen funds for her election campaign.

Corruption also affects everyday life of countless citizens. Suspects arrested by police "end up buying their freedom," said Charles, a Blantyre resident who did not want to give his surname.

Mayamiko Phiri, who also lives in Blantyre, said it is common to pay bribes at government offices or hospitals.

"Immigration offices will help you faster if you enclose something in your passport forms," he said.

"Those that follow the [legal] procedure wait for months or years to get their passport."

Lazarus Chakwera, a presidential candidate for the middle-size Malawi Congress Party, said the country was still poor 50 years after independence because "resources are shared by very few people".

"Where could we be if we had put such resources into good use?" he asked.