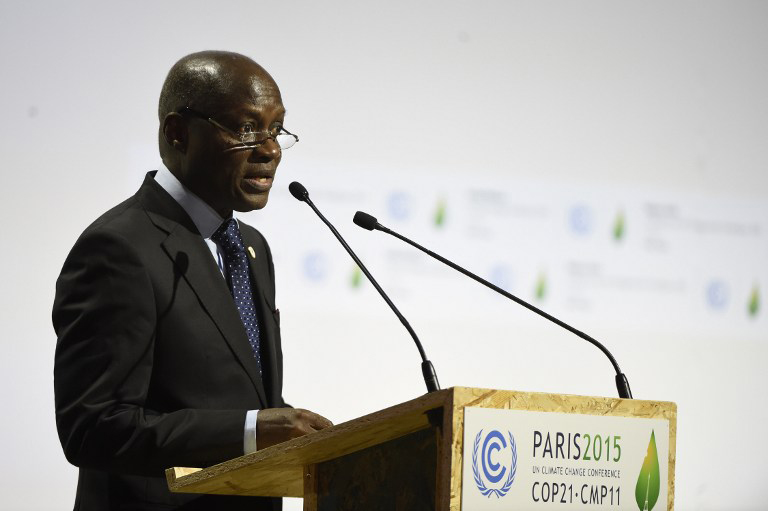 Guinea Bissau's President Jose Mario Vaz delivers a speech delivers a speech during the opening day of the World Climate Change Conference 2015 (COP21), on November 30, 2015 at Le Bourget, on the outskirts of the French capital Paris.

The new prime minister&39;s first job will be to organise fresh parliamentary elections in the coming months.

The impoverished West African nation has been in the throes of a power struggle since August 2015, when Vaz sacked then prime minister Domingos Simoes Pereira.

Vaz and Pereira - who heads the ruling African Party for the Independence of Guinea and Cape Verde (PAIGC) party of which the president is a member - have accused each other of blocking the implementation of an accord reached in 2016.

The agreement had envisaged naming a new prime minister "who had the president&39;s trust", and who would maintain his position until elections to be held in 2018.

The appointment of former foreign minister and fellow PAIGC member Da Silva as prime minister comes two weeks after the resignation of predecessor Umaro Sissoco Embalo, who declared that "if the president does not trust me, I won&39;t wait to be fired".

Embalo had been in the post for less than a year and had lost the support of many within the ruling party.

Tuesday&39;s presidential decree said that the appointment of Da Silva was part of "ongoing efforts to find a definitive solution to political-constitutional crisis which has hit the country in recent years".

Under the current constitution, the choice of prime minister rests with the ruling party.

But because the PAIGC has lost its parliamentary majority, Vaz has sought backing from MPs from the second party, the Party of Social Renovation, along with 15 rebels from the ruling party.

Guinea-Bissau, one of the world&39;s poorest countries, has been plagued by military coups and instability since its independence from Portugal in 1974.

At its latest summit last month, the ECOWAS west African bloc urged Guinea-Bissau&39;s leaders to resolve the crisis within two months, or else face sanctions.