Guinea Ebola outbreak thought to have spread to Sierra Leone 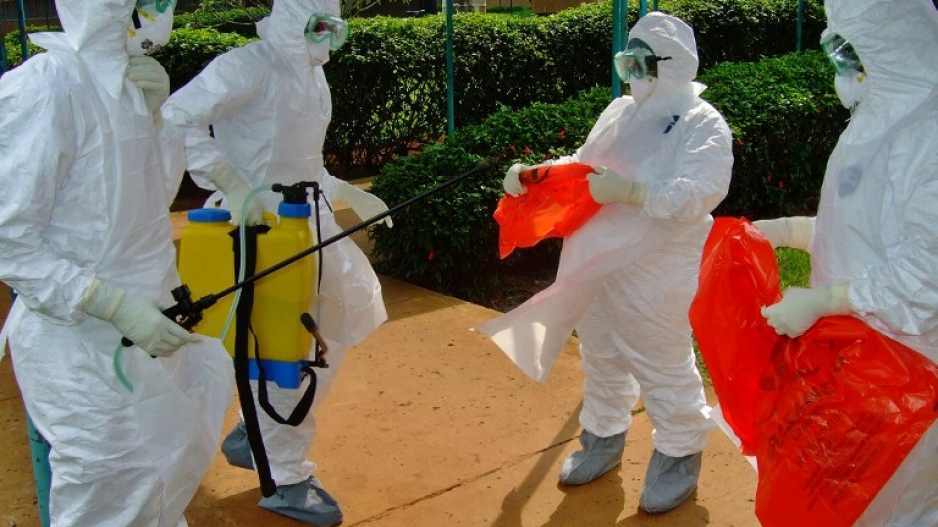 CONAKRY - West Africa was on high alert Tuesday after Sierra Leone warned an Ebola outbreak ravaging Guinea may have crossed its borders as five deaths in Liberia were being tested for the killer virus.

More than 60 people have died of haemorrhagic fever in Guinea, with the Ebola virus identified as the cause in 13 of 45 samples tested by scientists.

"We still do not have any confirmed cases of Ebola in the country. What we do have are suspected cases which our health teams are investigating," Sierra Leone&39;s chief medical officer Brima Kargbo told reporters.

Karbo said one of the cases concerned a 14-year-old boy who is thought to have died two weeks ago in Guinea and then been taken back to his village on the Sierra Leonean side of the border.

The second suspected case, in a patient who has not died, was in the northern border district of Kambia.

A variety of deadly, highly-contagious tropical bugs, including the Marburg virus and Lassa fever, can lead to similar symptoms -- vomiting, diarrhoea and profuse bleeding -- but the authorities have not announced which other pathogens have been picked up in samples.

Liberia, which borders Guinea to the south, reported on Monday that four women and a boy had died of suspected Ebola.

Canadian health ministry officials also fear the virus may have crossed continents, after a man was hospitalised with symptoms consistent with the virus after returning from Liberia.

Doctors Without Borders, which is known by its French initials, MSF, said traditional rituals were hampering its response to the outbreak.

Emergency coordinator Marie-Christine Ferir said in an interview late Monday the suspected spread to neighbouring Liberia was linked to people travelling great distances to attend funerals in which and mourners touch the dead person&39;s body.

"It requires special precautions to be taken, while respecting local customs," Ferir told AFP, adding that the Ebola cases in Liberia were a result of mourners with cross-border family ties attending funerals in Guinea before returning home with the virus.

MSF has sent 35 of its health workers to Gueckedou, in the country&39;s heavily forested south, close to the centre of the outbreak, with the aim of treating those affected, identifying possible new cases and providing information to limit the spread of the disease.

No treatment or vaccine is available for Ebola, which kills between 25 and 90 percent of those who fall sick, depending on the strain of the virus, according to the World Health Organization (WHO).

WHO spokesman Tarik Jasarevic told a United Nations briefing in Geneva the west African Ebola species had been confirmed to be Zaire, the most virulent strain.

Three cases of haemorrhagic fever, two fatal, have also been reported in Conakry, but tests for Ebola proved negative and the cause has not been made public.

Transmission of Ebola to humans can come from wild animals; direct contact from another human&39;s blood, faeces or sweat; sexual contact; or the unprotected handling of contaminated corpses.

The tropical virus -- described in some health publications as a "molecular shark" -- can fell its victims within days, causing severe fever and muscle pain, weakness, vomiting and diarrhoea, shutting down organs and causing unstoppable bleeding in severe cases.

It was first discovered in the Democratic Republic of Congo (DRC) in 1976. The central African country has suffered eight outbreaks.

The most recent epidemic, also in the DRC, infected 62 people and left 34 dead between May and November 2012, according to the country&39;s health ministry.

Although there have also been outbreaks among humans in Uganda, the Republic of Congo and Gabon, the disease had never before been detected among people in west Africa.