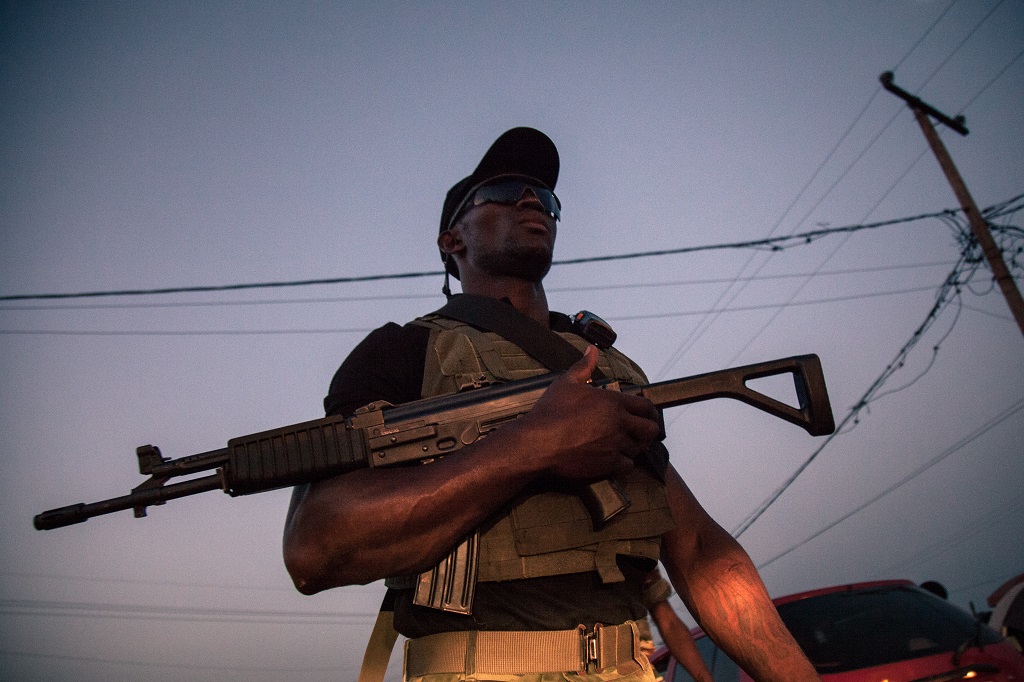 Soldiers of the 21st Motorized Infantry Brigade patrol in the streets of Buea, South-West Region of Cameroon on April 26, 2018.

YAOUNDE, Cameroon – Gunfire broke out on Monday in Buea, the capital of a western region of Cameroon gripped by violence between anglophone separatists and security forces, witnesses said.

"We have been hearing gunfire since early this morning in the districts of Molyko, Malingo and Bonduma," a resident told AFP by phone, in an account confirmed by three other people.

"Separatist fighters entered several areas of the city and started firing. The army and police have retaliated, several vehicles have been burned (and) people are hunkered down at home." another witness said.

Buea is capital of Southwest Region which with the neighbouring Northwest Region is home to most of Cameroon&39;s English-speakers, who account for about a fifth of a mainly French-speaking population of 22 million.

Years of resentment at perceived discrimination at the hands of the francophone majority fuelled demands for anglophone autonomy, which on October 1 last year culminated in a symbolic declaration of independence.

Radicals named Buea as the capital of the self-declared state, Ambazonia, which has no international recognition. A government crackdown then followed, plunging the two regions into almost daily acts of violence and retribution.

According to a government report last month, separatists had killed 74 soldiers and seven police since late 2017 while more than 100 civilians had died "over the past 12 months."

The presence of a large English-speaking minority in Cameroon dates back to the colonial period.

The former German colony was divided between Britain and France after World War I. The French colony gained independence in 1960, becoming Cameroon.

The following year, the British-ruled Southern Cameroons were amalgamated into it, giving rise to the Northwest and Southwest regions. The fighting has had a dramatic impact on civilian life.

UN says 160,000 people have been internally displaced and 20,000 have sought refuge in neighbouring Nigeria. On June 20, the government announced plans for a 12.7 billion CFA franc ($21-million, 19-million-euro) emergency aid plan for the two regions.

The public has already stumped up more than half a billion CFA francs to the fund, according to state media.