Gunmen fire on UN base in Central African Republic 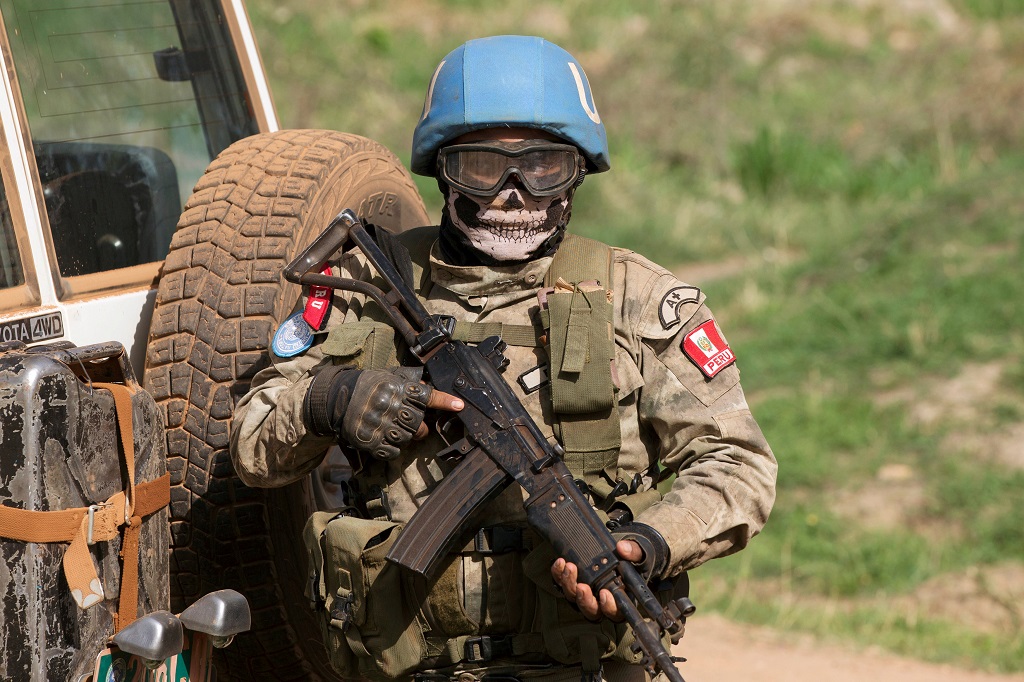 A United Nations peacekeeping soldier provides security during a food aid delivery by the United Nations Office for the Coordination of Humanitarian Affairs and world food program in the village of Makunzi Wali, Central African Republic, 27 April 2017.

BANGUI - Unidentified gunmen opened fire on a United Nations base in Central African Republic&39;s capital late on Sunday, capping a day that saw at least one civilian killed and dozens of people injured, a UN spokesman said.

The gunmen fired on a part of the base that houses Egyptian and Jordanian peacekeepers at 11pm sparking a 30-minute gunfight in which no one was killed or injured, UN spokesman Vladimir Monteiro told Reuters.

"We returned fire and sent reinforcements, and calm returned after half an hour," Monteiro said.

It was not immediately clear who was responsible for Sunday night&39;s attack.

Since then, a United Nations Central African Republic mission known as MINUSCA has struggled to restore order to a country where government control barely extends beyond Bangui.

On Sunday, dozens of UN peacekeepers, civilians and militia fighters were injured as peacekeepers and domestic security forces moved in to dismantle militia bases in the Muslim PK5 neighbourhood of majority-Christian Bangui.

MINUSCA said PK5 residents had called on it to stamp out armed groups responsible for extortion and attacks on civilians.

It raided the bases of several PK5 groups, made arrests and seized weapons, ammunition and drugs, it said.

The raids are not universally popular. On Monday, a few dozen people peacefully demonstrated outside the UN headquarters in Bangui calling for the UN to pull out of PK5, a Reuters witness said.

After Bozize was ousted in 2013 and anti-balaka groups carried out revenge killings, Muslim self-defense groups sprang up in PK5, claiming to protect the Muslim civilians concentrated there against ethnic violence.