Hundreds of migrants rescued in major operation off Libya 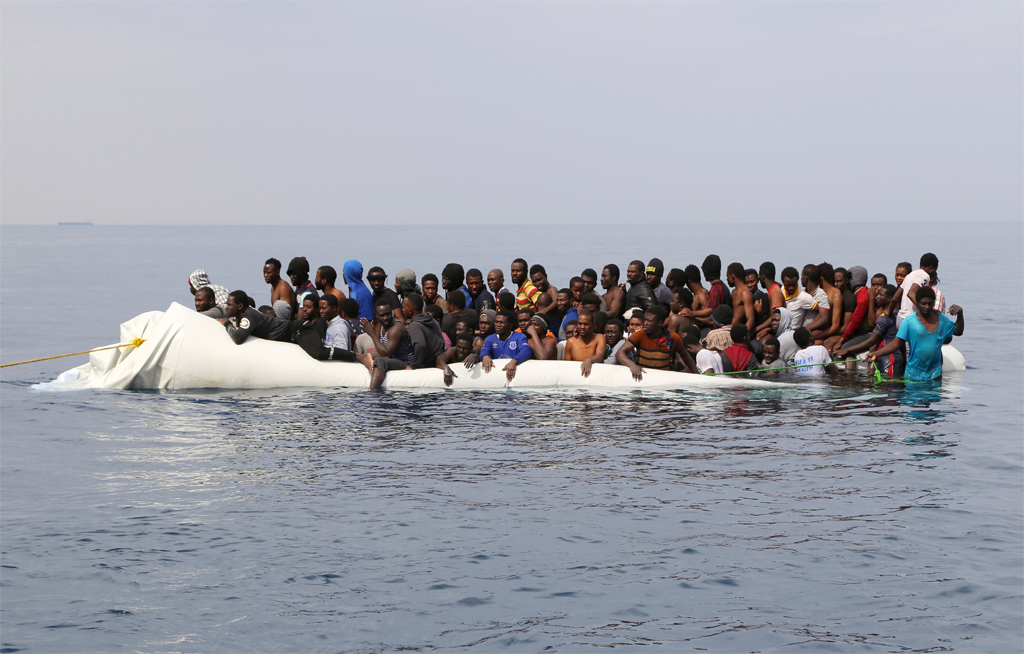 File: migrants waiting to be rescued from a sinking dingey off the Libyan coasal town of Zawiyah, east of the capital, on March 20, 2017, as they attempted to cross from the Mediterranean to Europe. Photo: Abdullah Elgamoud / AFP

TRIPOLI - More than 1,400 migrants seeking to get to Italy were rescued off the coast of Libya on Friday, but other vessels were in distress, according to accounts by Libyan and Italian officials.

"Large rescue and interception operations are under way," navy spokesman General Ayoub Qassem said. "Today is the day of a massive exodus of illegal migrants toward Europe."

The Libyan coast guard, fishing and commercial boats were working in coordination with the Italian authorities, he said.

A Libyan oil tanker picked up 562 migrants, including dozens of women and children, and took them to Tripoli, a Libyan coastguard official said.

Another group of migrants, whose size was not given, were taken to Zawiya, 50 kilometres (30 miles) to the west, this source said.

In Rome, the Italian coastguard said it had sent several vessels and rerouted commercial ships to pick up 850 migrants.

However, three other boats laden with migrants were in distress.

More than 50,000 migrants have landed on Italian coasts since the beginning of this year, not counting those rescued in recent days, while more than 1,400 have drowned or are missing, according to UN figures.

Of the 181,000 migrants who entered Italy last year, some 90 percent arrived via Libya.

The North African country has long been a stepping stone for migrants seeking a better life in Europe.

Around 6,400 migrants were picked up on Tuesday, Wednesday and Thursday, thousands of whom disembarked at ports in southern Italy on Friday.

At least 35 people drowned on Wednesday when a powerful wave struck their vessel, pitching them into the sea, as a rescue ship was distributing life jackets.

Smugglers have stepped up their lucrative business in the chaos which has engulfed Libya since its 2011 revolution.

Libya has urged Europe, and particularly Italy, to supply its coastguard with the equipment it says it needs to monitor its southern borders, through which migrants, mostly from sub-Saharan African, enter the country.