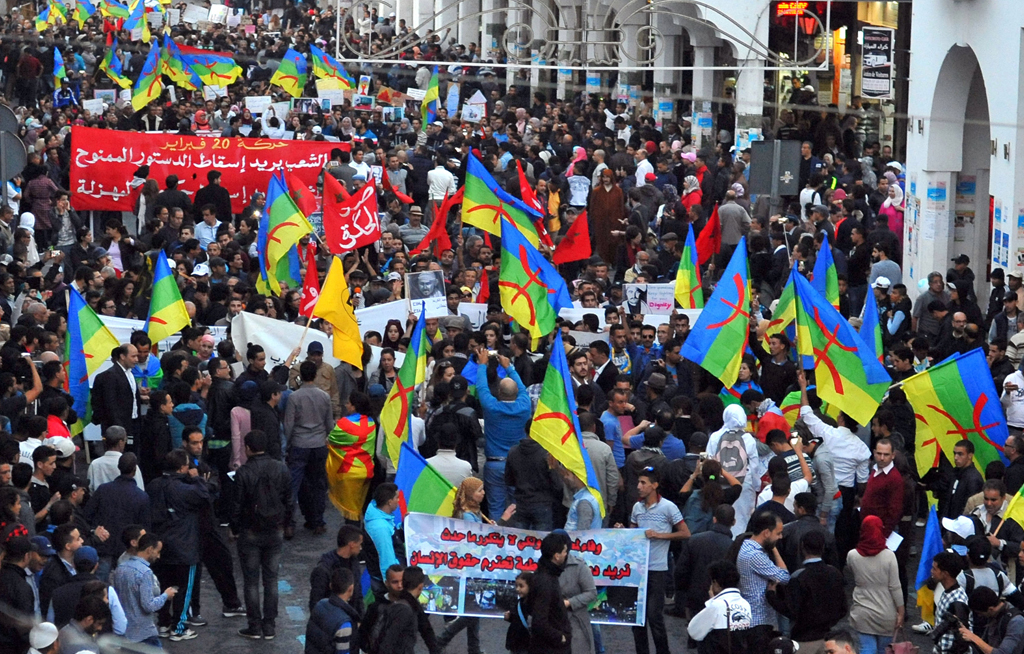 Protesters take part in a rally against the Moroccan government, a week after a fishmonger was crushed to death in a garbage truck in the city of Al-Hoceima, Morocco November 6, 2016.

RABAT - Hundreds of people protested on Saturday, demanding justice for a fishmonger whose grisly death sparked outrage nationwide, while calling for "dignity".

He was crushed to death in a garbage truck as he tried to protest against the seizure and destruction of swordfish, which are not allowed to be caught at this time of year.

"The royal palace is humiliating us," the protesters chanted, according to amateur live footage posted online.

A string of protests have erupted over the fish seller's death on October 28.

King Mohammed VI was quick to order a "thorough and exhaustive investigation" into Fikri's death and sent the interior minister to offer condolences to his family.

Some of the demonstrators carried Amazigh, or Berber flags, others waved pictures of a white dove as a symbol of non-violent protest.

"Dignity", "justice" and "freedom" read some of the banners held up by the protesters.

It remains unclear who activated the truck's crushing mechanism that killed Fikri.

Thousands attended Fikri's funeral in Al-Hoceima after an image of his body -- head and arm sticking out from under the lorry's crusher -- went viral on social media.

The self-immolation of a street vendor in late 2010 in protest at police harassment sparked Tunisia's revolution and the Arab Spring uprisings across the region the following year.