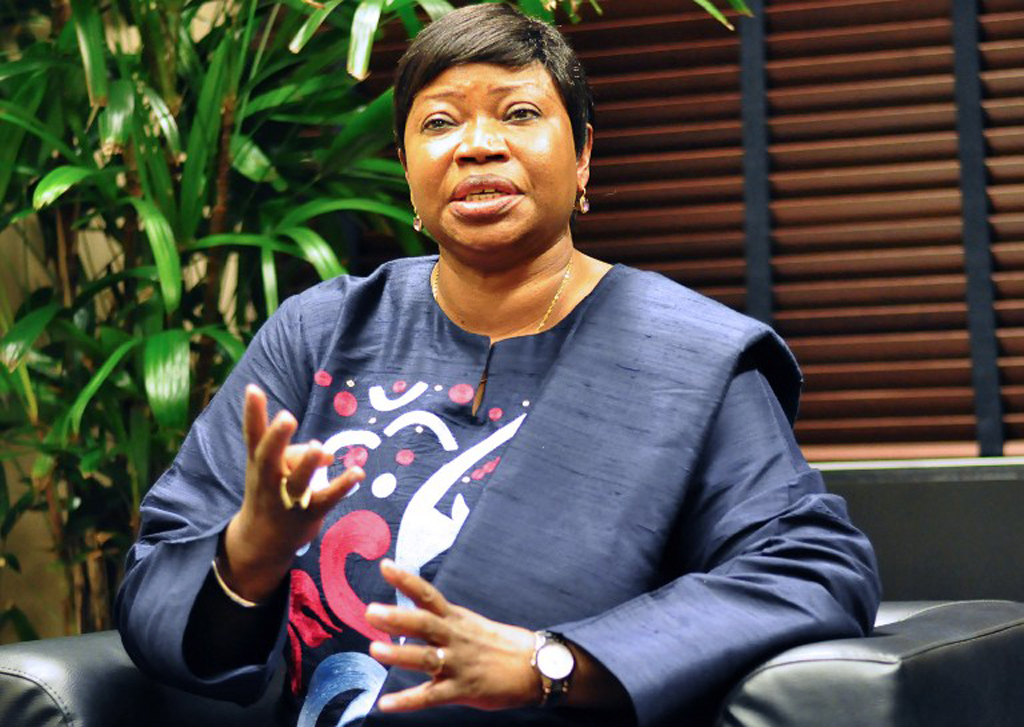 International Criminal Court (ICC) chief prosecutor Fatou Bensouda speaks on November 18, 2015, at the annual meeting of the Hague-based courts Assembly of States Parties, where her office has come under fire from African countries.

JOHANNESBURG  – The African Union blasted the world&39;s only permanent war crimes court Wednesday for its unrelenting focus on the continent, as it called for a case against Kenya&39;s deputy president to be dropped.

"We have arrived at the conclusion that the International Criminal Court (ICC), whose establishment was strongly supported by Africa... is no longer a court for all," Ethiopian Foreign Minister Tedros Adhanom Ghebreyesus said.

The Ethiopian minister was speaking on behalf of the AU at the 14th session of the Assembly of States Parties, an annual meeting between the 123 countries that have signed up to the Hague-based ICC&39;s founding statute.

The AU, led in particular by Kenya, has accused the court of unfairly targeting Africans for prosecution as the majority of its cases come from the continent.

This included a failed case to try Kenyan President Uhuru Kenyatta and a faltering case against his deputy William Ruto, for allegedly masterminding deadly post-election violence in the east African country in 2007-2008 in which some 1,200 people died.

The ICC&39;s chief prosecutor Fatou Bensouda dropped crimes against humanity charges against Kenyatta in December last year in a case littered with allegations of witness intimidation, bribery and false testimony.

It was her biggest setback since the establishment of the court in 2002, set up to try the world&39;s worst crimes including genocide, war crimes and crimes against humanity.

Kenya now wants the assembly to debate an amendment which has allowed the prosecutor to use previously-recorded testimonies, which were later recanted, to beef up the case against Ruto.

Earlier South Africa said the ICC stands at a cross-roads, and is in “critical need of emergency support” to restore confidence in it, the South African government said at The Hague on Wednesday.

International Relations and Cooperation Minister Maite Nkoana-Mashabane issued this warning in a hard-hitting speech against “the one-sided justice being dispensed by the ICC” at the Assembly of States Parties (ASP) of the ICC, the political body of ICC member states which sets the court’s rules.

South Africa believes it was unfairly treated by the ICC when it consulted the court over the visit of Sudanese President Omar al-Bashir – a fugitive from ICC justice – to South Africa in June.

Pretoria asked the ICC to exempt it from its requirement to arrest Bashir because it said he should enjoy immunity as a sitting head of state attending an African Union summit. But the ICC rejected this request and demanded that South Africa arrest Bashir- which it did not.

South Africa has complained that the ICC did not give it a fair hearing and that there is confusion within the court itself about the obligations of member states to arrest sitting heads of state of countries which are not members of the ICC- like Bashir.

The minister asked the ASP to develop “clear rules and procedures” to remove these misunderstandings and contradictions.

These relate to Article 97 and Article 98 of the Rome Statute, the charter of the ICC.

Article 97 allows ICC member states to consult the court if they encounter problems in carrying out requests by the court. Article 98 appears to exempt ICC member states from the obligation to arrest sitting heads of states of countries which are not members of the ICC.

South Africa has asked the ASP to clarify the relationship of Article 98 to Article 27 of the Rome Statute which says that even sitting heads of state do not enjoy immunity from prosecution by the ICC.

In a memorandum to the ASP supporting its call for Article 97 to be clarified, South Africa said there were no rules and procedures explaining how consultations should be carried out. It claimed that the ICC Pre-Trial Chamber had violated its rights when it curtailed the Article 97 consultations – which had began the day before Bashir arrived in South Africa – by ordering it to arrest Bashir the next day, when he arrived in the country.

The South Africa memo complained too that the ICC had transformed what was supposed to be a diplomatic process of consultation into a legal process without giving South Africa a chance to present legal arguments.

The memo points out that this was the first time that an Article 97 consultation had taken place and so it was necessary to establish clear rules of procedure – such as those that already exist for other ICC requests for cooperation from member states that do not require the arrest and surrender of fugitives.

South Africa’s memo says it is also important for States Parties (ICC member states) to discuss how Article 98 should be interpreted.

“This discussion should take into consideration that the obligation in respect of immunities flow from customary international law, under which Heads of State have immunity from the exercise of jurisdiction, including from arrest, by national authorities, treaty law and domestic legislation.

“The clear terms of Article 98 are part of the Statute, and cannot be ignored. The legitimacy of the Court as an impartial judicial institution requires that clarity be obtained as to the nature and scope of the provisions of Article 98, and its relationship with Article 27, which purports to lift the customary international law immunity of Heads of State and Government.”

This week Amnesty International called on the ASP to reject South Africa’s proposals because they “ may interfere with or undermine the independence of the International Criminal Court” and “undermine the ability of the Court and its Prosecutor to pursue justice.”

It also urged the ASP, for the same reasons, to reject proposals by Kenya relating to the admissibility in court of prior recorded testimony. Kenya’s Deputy President William Ruto is on trial for alleged complicity in orchestrating political violence after the 2007 elections.

The Kenyan government has threatened to withdraw from the ICC if its proposals are not accepted. South Africa’s ruling ANC party also decided after the Bashir incident that South Africa should withdraw from the court, though Minister Nkoana-Mashabane made no such threat in her speech to the ASP yesterday.

However her concluding remark that “We are at the cross-roads. The ICC is in critical need of emergency support and we hope that the ASP will do what it must to restore our confidence in this institution of ours,” might be taken as a warning that the acceptance of South Africa’s proposed amendments to the ICC rules and procedures, is also a make-or-break moment for South Africa.