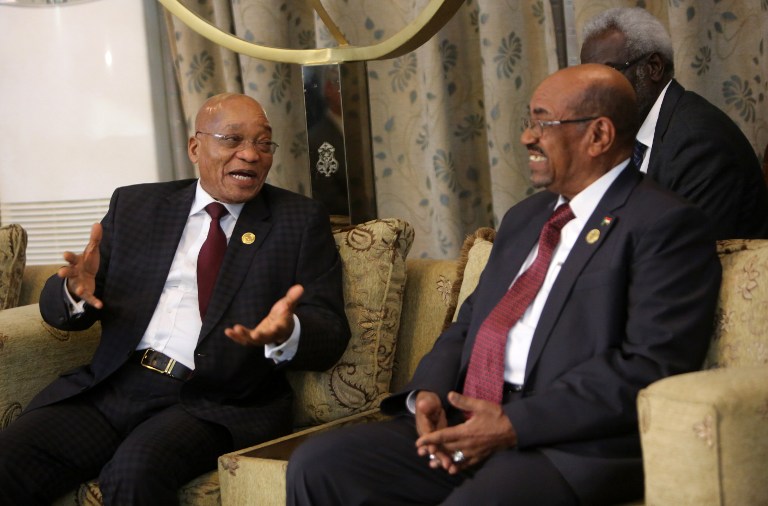 The DA gave notice of a motion of impeachment against President Jacob Zuma for allowing his Sudanese counterpart Omar al-Bashirto leave the country.

JOHANNESBURG - Judges at the International Criminal Court have asked South African authorities to explain why they failed to arrest Sudanese President Omar Hassan al-Bashir in June when he attended a conference.

Bashir, accused of masterminding genocide in Darfur, was able to leave an African Union summit in South Africa and fly home, in defiance of a ruling by a South African court ordering his detention under a warrant from the International Criminal Court (ICC).

South Africa, a member of the ICC, is obliged to enforce warrants from the Hague-based tribunal.

In a statement on its website, the ICC asked South African authorities to submit by Oct. 5 the reasons for "their failure to arrest and surrender Omar Al Bashir".

The tribunal said in cases where a member of the ICC fails to cooperate, the tribunal may refer the matter to either the Assembly of States Parties, the ICC&39;s governing body, or the U.N. Security Council, which established the court and has the power to impose sanctions.

President Jacob Zuma has defended the decision to let Bashir leave the country, saying the wanted leader had immunity as a guest of the African Union.

Clayson Monyela, the spokesman for the Department of International Relations and Cooperation, said he was unaware of the request from the global tribunal.

Pretoria has said it will review its membership of the ICC and challenge a high court ruling that found the state erred in letting Bashir leave.