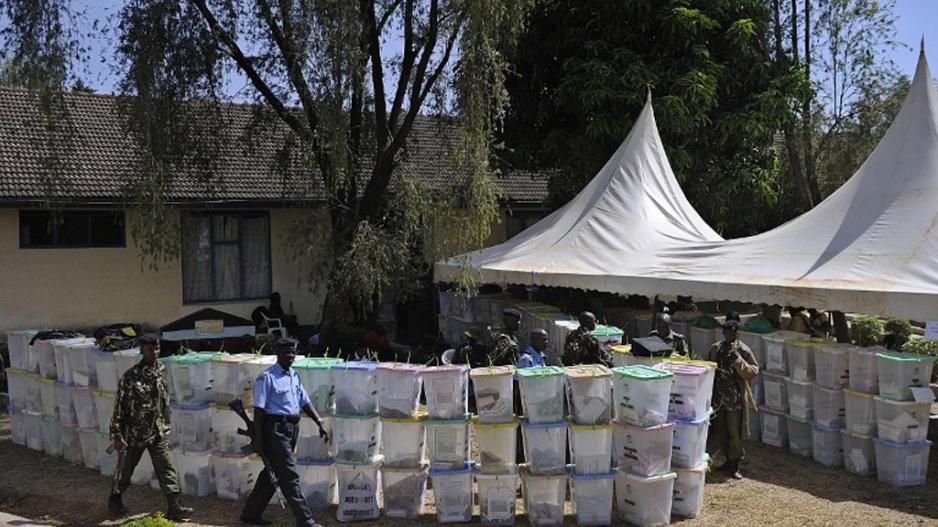 Thousands of ballots have been dismissed for failing to follow election regulations, bringing criticism towards the electoral commission&39;s voter education efforts.

The spoiled ballots, as they are called in Kenya, could still play a vital role on the results of the election, particularly regarding the issue of a runoff between the top two candidates.

Results as of Tuesday evening in Kenya - 24 hours after polls closed - show President Uhuru Kenyatta with 53% of the vote and Vice President Raila Odinga at 42%.

Most election analysts predict that the two candidates will go head-to-head in an April runoff.

Spokeswoman for the Independent Electoral and Boundaries Commission (IEBC) Tabitha Mutemi, said the chairman of the election commission, Isaak Hassan, met with political parties on Tuesday to discuss the matter. She did not disclose further details about the outcome of the discussions.

Legal expert Ekuru Aukot, who assisted in writing Kenya&39;s 2010 constitution had a response regarding the issue of spoiled ballots, saying: “a spoiled ballot is considered a cast ballot.”

He said some presidential ballots might be considered spoiled for being placed in the tally box for the governor&39;s race, for instance. A ballot also might be considered to be spoiled if it was not stamped by a polling clerk, or if a voter filled out two choices for president.

"It&39;s an administrative issue for me. That shouldn&39;t be a spoiled ballot."

Hassan said he was under pressure from political parties to explain why the vote counting was taking so long to consolidate. He brought attention to the law, which gives the commission seven days to perform its duties. He asked for patience "from the public, the political parties as well as the candidates."

Election officials estimate that turnout was about 70 percent of 14 million registered voters. Kenya is East Africa&39;s economic hub, with a population of 43 million people.