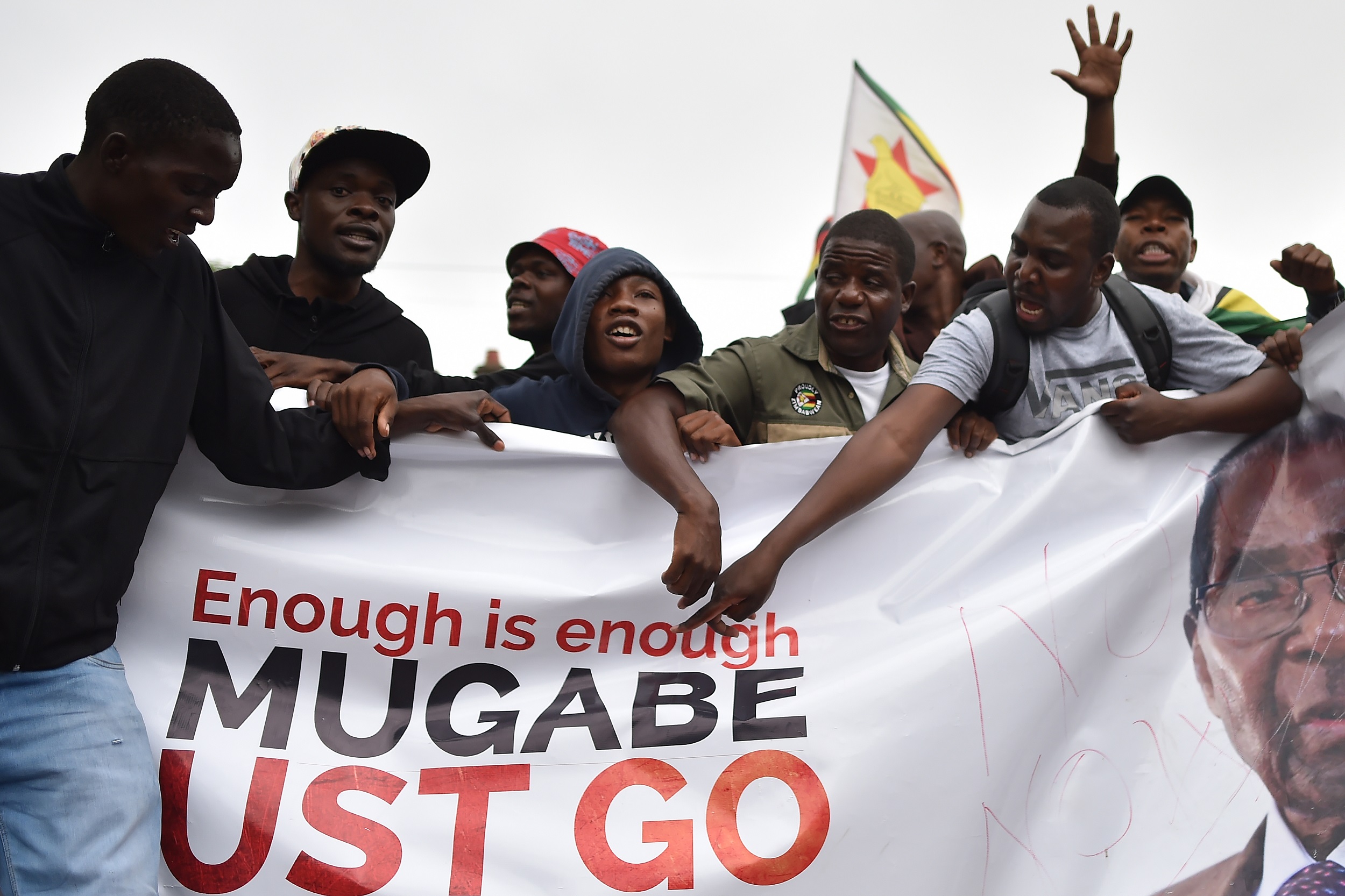 People carry a banner and shout slogans during a demonstration demanding the resignation of Zimbabwe's president Robert Mugabe.

Mugabe shocked his Zanu-PF party, which had recalled him as leader, when he refused to resign during a national address on Sunday.

He also missed Monday&39;s noon deadline to step down.

War veterans called on Zimbabweans to take to the streets on Tuesday, demanding the country&39;s longtime leader relinquish power after 37 years at the helm.

Attempt to impeach Mugabe now seems inevitable. Section 97 of zimbabwe constitution says president can be removed due to physical or mental incapacitation or serious dereliction of duty

“We’ve had to engage our colleagues in the MDC (and) the other parties which are in parliament. And coming from discussions with honourable Manzora, he has agreed to give us 71 votes from the MDC and we are also requesting professor Ncube to give us two more votes. Once we get those 73 we now need 127 votes from Zanu-PF in order to achieve the two-thirds majority."

If this happens, Mugabe could be removed from power by Thursday.

"What we are pushing for now is the democratisation of the country. We want the restoration of the Constitutional order. And we’ve always said (that) right when the (MDC) was formed.

"We believe in peaceful and non-violent political activism and this is why we have been consistently advising our supporters to obey the law and not to resort to violence.”

It comes after the military chief on Monday night said Mugabe&39;s axed vice-president, Emmerson Mnangagwa was due to arrive back in the country soon, and the Mugabe had agreed to talks with his former deputy.