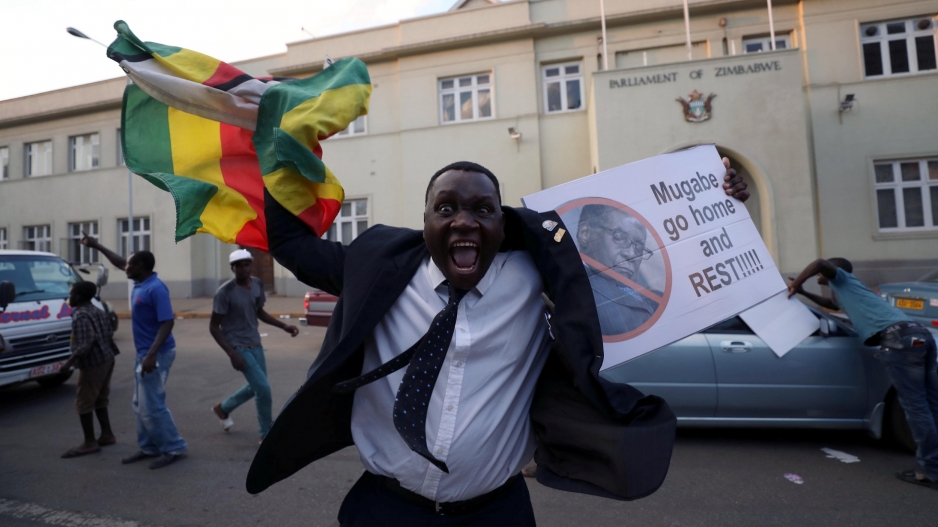 This Zimbabwean is elated after hearing that President Robert Mugabe has resigned.

HARARE - Car horns blared and cheering crowds raced through the streets of the Zimbabwean capital Harare on Tuesday as news spread that President Robert Mugabe had resigned after 37 years in power.

The announcement came after days of building pressure on the 93-year-old authoritarian leader, who was feared by many of his citizens through his long and often repressive rule.

After a week of political turmoil, Zimbabweans reacted with shock and unfettered joy.

Massive crowds gathered within minutes of the shock announcement to parliament.