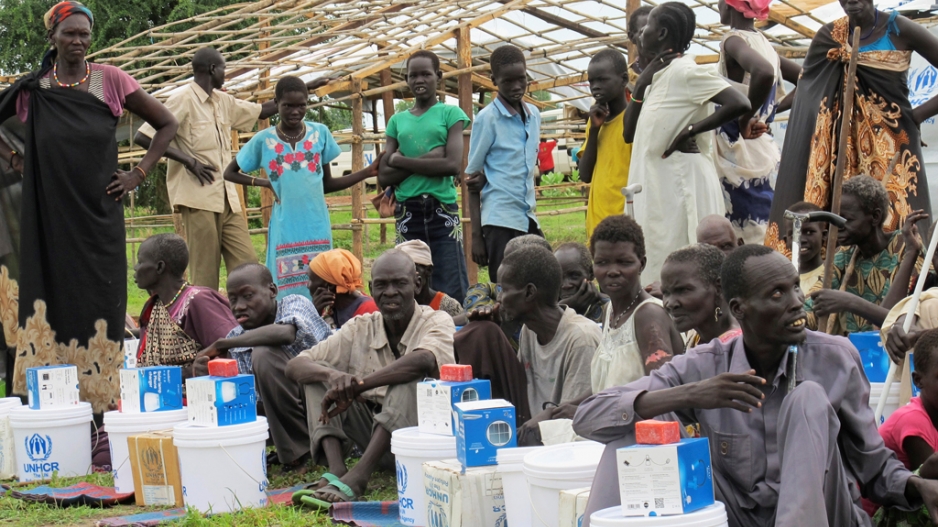 Displaced civilians sit on the ground after receiving relief supplies ahead of moving into a new camp in Bentiu, South Sudan June 18, 2017.

JOHANNESBURG – The international community had the opportunity to express solidarity with refugees at a two-day Solidarity Summit, co-hosted by Uganda and the United Nations, which wraps up on Friday in Kampala, Uganda.

The event aimed to rally international support for refugees and host communities in the form of donations, investments and innovative programmes.

With Uganda hosting almost one million South Sudanese refugees “as sisters and brothers and sharing with them their land and everything they have”, UN Secretary-General Antnio Guterres urged the international community to show solidarity with those that had fled their homes, as well as with the Ugandan government and people.

“In a world where so many people are selfishly closing their doors, closing their borders, not allowing refugees to come, this example deserves praise and admiration from the whole international community,” Guterres told reporters at the Imvepi Refugee Reception Centre in the Arua district of northern Uganda on Thursday.

Imvepi was the first stop for many South Sudanese refugees once they cross the border into Uganda.

The camp, which opened in February this year, was already filling up, hosting some 120,000 refugees, mostly women and children fleeing violence and instability in the neighbouring country.

In just the past year, the overall refugee population in Uganda more than doubled – from 500,000 to more than 1.25 million – making the East African country host to the world’s fastest growing refugee emergency.