It's not my time, says Mnangagwa after explosion 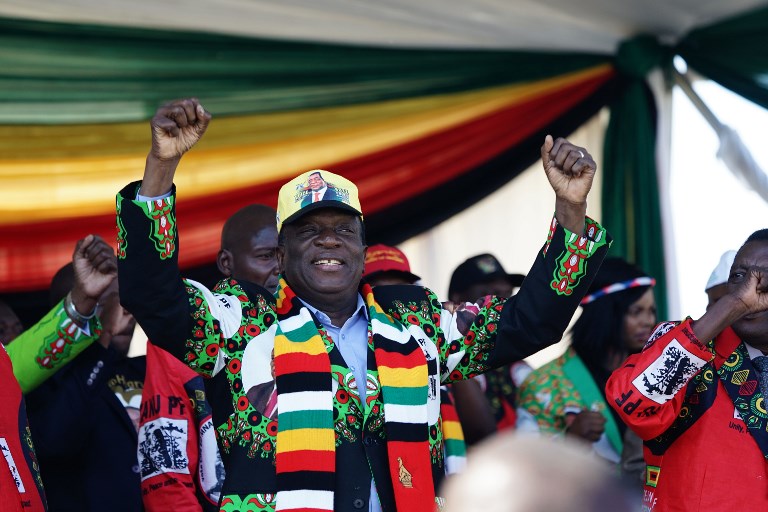 HARARE – President Emmerson Mnangagwa escaped injury in an explosion at a political rally on Saturday and vowed the "cowardly act" would not derail Zimbabwe&39;s first election since the ouster of former strongman Robert Mugabe.

Mnangagwa, a former Mugabe loyalist installed after the army ousted his erstwhile patron, said the object had "exploded a few inches away from me, but it is not my time."

The blast came as Zimbabwe prepared to hold its first post-Mugabe presidential election on 30 July, with 75-year-old Mnangagwa and 40-year-old Nelson Chamisa, the leader of the opposition Movement for Democratic Change, the main contenders.

Authorities gave no details of what had caused the explosion at Mnangagwa&39;s first rally in Bulawayo, an opposition stronghold where the ruling ZANU-PF has not won in national elections since 2000.

There was no immediate claim of responsibility for the blast and the run-up to this year&39;s vote had been relatively peaceful, unlike previous elections which were marred by violence, mostly against opposition members by ZANU-PF supporters.

"The campaign so far has been conducted in a free and peaceful environment, and we will not allow this cowardly act to get in our way as we move towards elections," Mnangagwa said.

"Its just an element of defeatists in the struggle of freedom. The country is peaceful."

People running in all directions

Mnangagwa had been in the city to campaign for votes ahead of nationwide elections due on 30 July.

"There was an explosion as Mnangagwa was leaving the stage. People started running in all directions and then immediately the president&39;s motorcade left at a very high speed. Suddenly soldiers and other security details were all over the place," said an AFP correspondent at the scene.

"The whole area close to the podium was then cordoned off but several people appeared to have been injured," added the reporter.

Injured ZANU-PF supporters were taken to a nearby hospital where one man wearing a blood-stained party T-shirt waited for treatment.

Home Affairs Minister Obert Mpofu confirmed the "unfortunate incident" adding: "There were some injuries but I am still to get full details but as you are aware this happened close to the (president)".