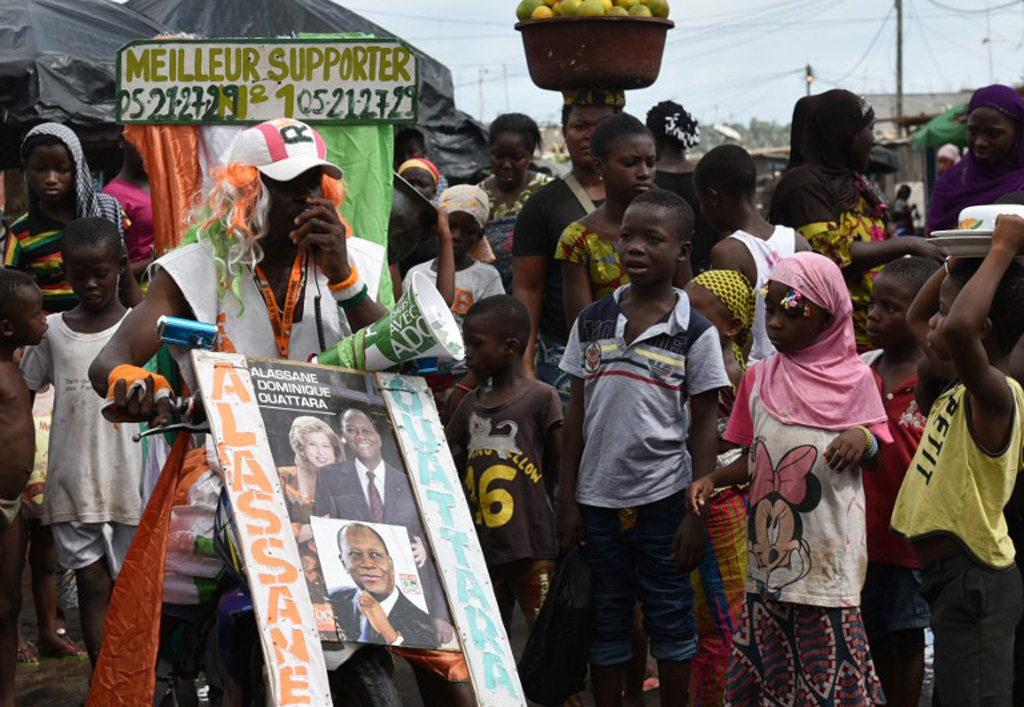 A supporter of the Democracy and Peace party (RHDP) headed by the incumbent Ivorian President Alassane Ouattara, wearing the Ivory Coast colours, passes by the popular Koumassi district in Abidjan on October 17, 2015.

ABIDJAN - Ivory Coast's main opposition coalition called Friday on voters to boycott a referendum on the adoption of a new constitution that changes contentious rules on presidential eligibility.

Current rules require both parents of presidential candidates to have been born in Ivory Coast. It was one of the factors that triggered violent unrest five years ago during contested elections won by President Alassane Ouattara.

Ouattara's father was born in neighbouring Burkina Faso and his rival Laurent Gbagbo, refused to cede power after losing a re-election bid.

"We call on all our supporters, our compatriots, ... to take the path of boycott," said Pascal Affi Nguessan, president of the Ivorian Popular Front founded by Gbagbo.

Nguessan urged supporters of the dozen party-strong opposition coalition the Front heads to go about their daily tasks and go to work as usual "as what is going to happen on October 30 does not concern them."

The draft constitution, which parliament overwhelmingly approved earlier this week, changes the rules on presidential eligibility and establishes a senate.

President Ouattara says the amendments will help end years of instability and conflict in the world's top cocoa producer, but the opposition says there has been a lack of consultation.

In the past, Ouattara was barred from running for the top job because it was claimed he did not meet the parental eligibility criterion.

As well as calling for the creation of a second legislative chamber, the draft constitution also sets up the post of vice president, to be elected at the same time as the president and two-thirds of senate members.

The draft provides for the president appointing a third of the senate, a provision the opposition is particularly unhappy with.

Ouattara told lawmakers last week that under the proposed constitution, the election calendar "will be known in advance by everyone, with fixed dates, so that there can no delays that could disturb our country's stability."

Under the draft, presidential terms are set at five years, renewable only once. Ouattara was elected to a second term in October 2015.

Gbagbo is now on trial at the International Criminal Court for war crimes in connection with the deadly unrest that followed his refusal to concede his election to Ouattara in 2010.

Some 3,000 people were killed over five months following that poll.