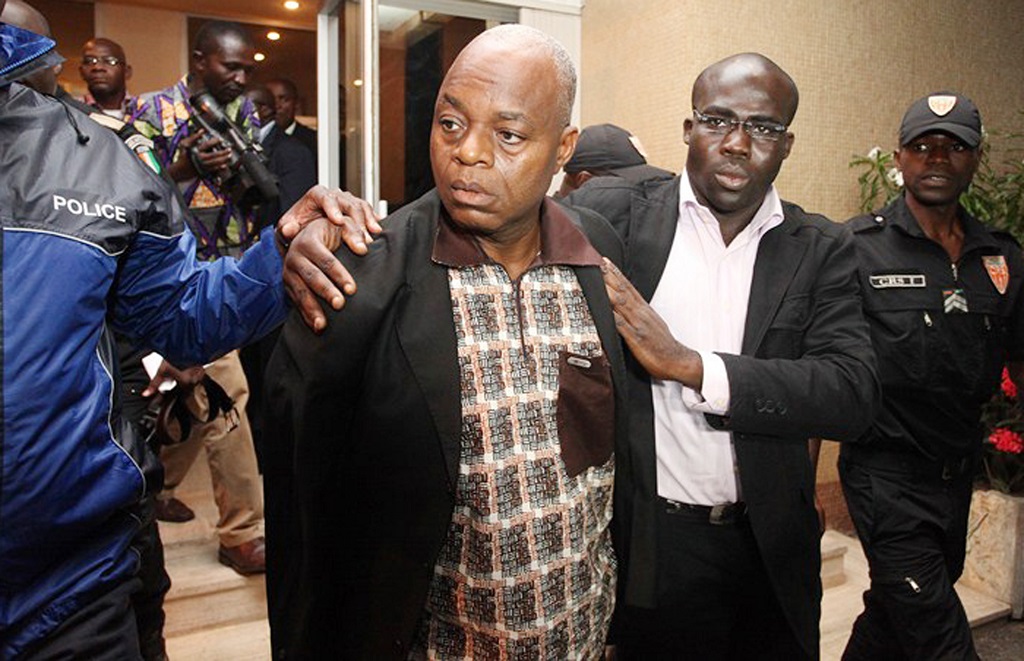 The former defence minister of Ivory Coast Moise Lida Kouassi was convicted by a court in Abidjan for conspiring to destroy or change the constitutional system.

ABIDJAN, Ivory Coast - A former defence chief for the Ivory Coast&39;s ousted leader was sentenced to 15 years on Thursday for conspiring against the government, the latest top aide of the former regime to be jailed.

Moise Lida Kouassi, a defence minister under strongman Laurent Gbagbo, was convicted by a court in Abidjan of "conspiring to destroy or change the constitutional system" alongside three other defendants.

Gbagbo was forced out after months of violence that followed his refusal to step down when rival Alassane Ouattara won elections in November 2010. At least 3,000 people were killed.

Gbagbo was arrested with the help of UN and French troops, and handed over to the International Criminal Court, where he faces four charges, including murder, rape and persecution.

Kouassi was arrested in June 2012 in Togo and extradited back to the Ivory Coast.

The court ruled that Kouassi and his co-defendants plotted in early 2012 with former regime army officers who had fled to Ghana to try and topple Ouattara&39;s government.

Felix Bobre, Kouassi&39;s lawyer, told reporters his client&39;s prosecution was aimed at "settling scores" with those who served with the previous government.

The trial is the latest in a string of prosecutions of figures associated with the former regime.

Last month, Hubert Oulaye, Gbagbo&39;s ex-minister for public works, was sentenced to 20 years for complicity in a 2012 attack in western Ivory Coast that killed 18 people, including seven UN peacekeepers.

Earlier this month a key figure in Gbagbo&39;s security apparatus, Major Jean-Noel Abehi, was given a 10-year term on Thursday for "plotting against the authority of the state."