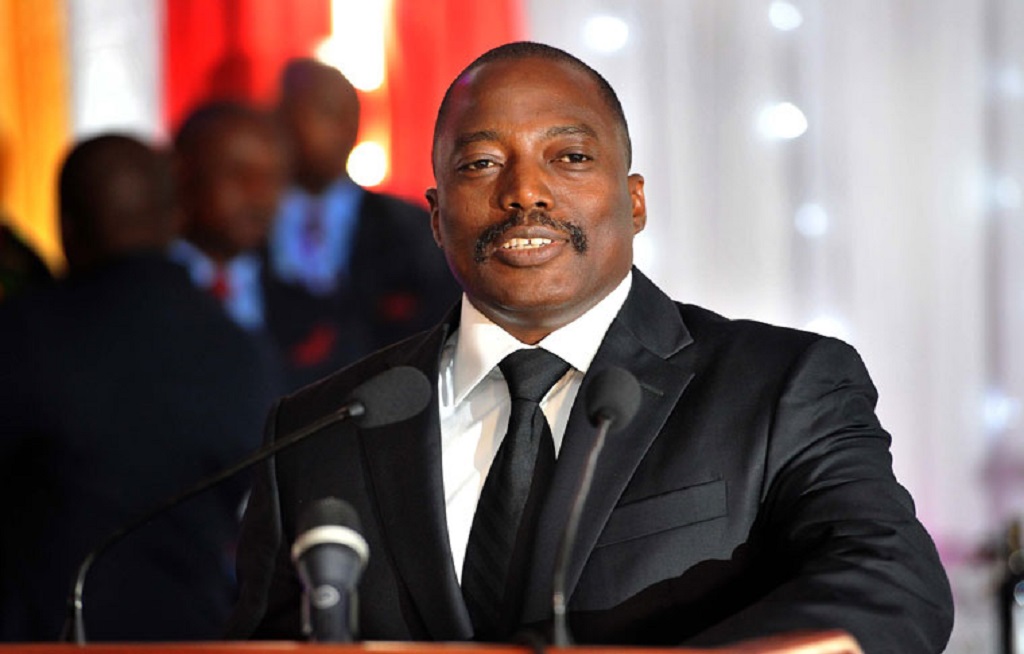 Congolese President Joseph Kabila proposes a toast during a state banquet in honour of President Jacob Zuma at the African Union Village in Kinshasa, 2013.

BERLIN - Congolese President Joseph Kabila on Saturday said he had never "promised anything" about whether to hold elections in the Democratic Republic of Congo, seeming to back away from a deal to hold a vote this year.

"I have not promised anything at all," Kabila told the German weekly Der Spiegel in a rare media interview. "I wish to organise elections as soon as possible".

Congolese President Joseph Kabila said he had never "promised anything" about whether to hold elections https://t.co/auKkiE2EsF

"We want perfect elections, not just elections," he said, adding that the government was in the process of registering voters and that it was "going well".

Under a power-sharing agreement brokered by the influential Catholic Church on New Year's Eve, Kabila, 45, is due to remain in office until elections at the end of 2017, after he refused to step down at the end of his final two-term mandate last December.

But the issue has sparked tensions across the vast mineral-rich nation of 71 million people, where social and economic crises have all but rendered election deadlines little more than hypothetical.

In a speech in April, Kabila pledged that "the elections will take place". However, two months earlier, his budget minister Pierre Kangudia had said it would cost the country $1.8 billion (1.6 billion euros) to hold elections this year, according to the BBC.

The opposition has repeatedly accused Kabila of delaying elections in order to remain in power.

In his interview with reporters in Kinshasa on Saturday, Kabila dismissed the idea of changing the constitution to allow him to run for a possible third five-year term.

"I am very clear on this. All this blah blah over a constitutional change is total nonsense," he said. "Up to this point, we have not at all broached the debate" over pursuing a public referendum on changing the constitution.

But Kabila would not definitively say whether the idea of a third mandate was off the table. "That depends on what we really mean by third mandate," the 45-year-old leader said.

Kabila has run one of the world's least developed countries since the 2001 assassination of his father Laurent. The postponement of the presidential election led to protests in September that left some 50 people dead.