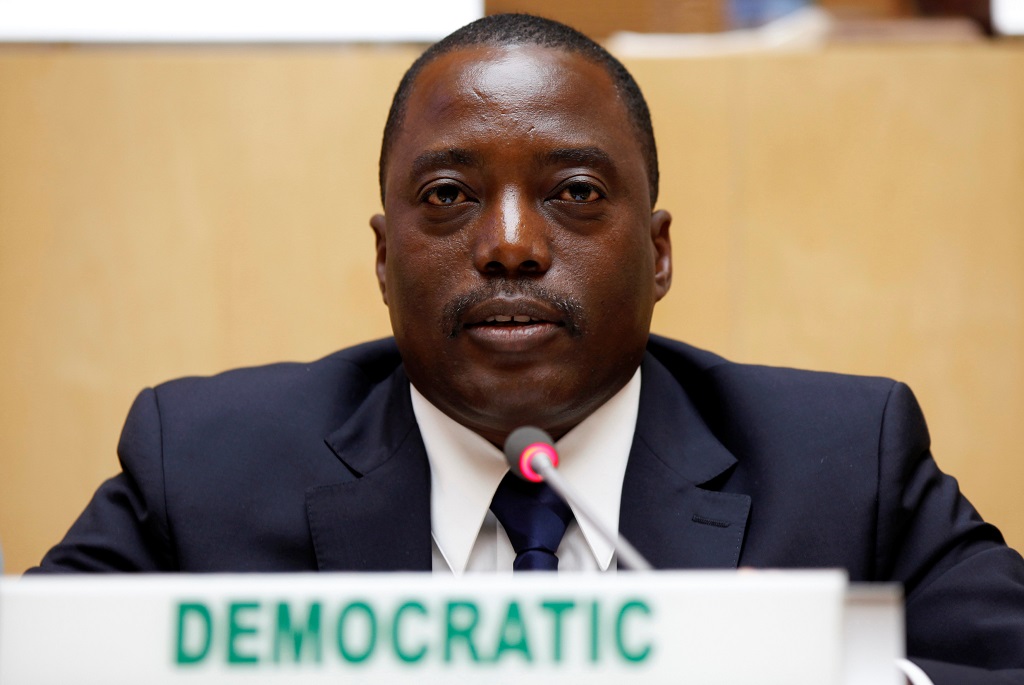 NEW YORK - Democratic Republic of the Congo (DRC) President Joseph Kabila told the United Nations on Saturday that his country was moving towards holding elections but vowed to resist "foreign diktats" on setting a date for the historic vote.

Addressing the General Assembly, Kabila appealed for support from his "true friends" as his country confronts what he described as major logistical and security challenges to organise the vote.

Under an agreement reached with opposition groups last year, elections are to be held this year, paving the way to the DR Congo's first democratic transition.

But months later, a date has still not been set for the polls.

"We can affirm that we are most certainly moving towards credible, transparent and peaceful elections," Kabila said.

"This is an irreversible process and this should be put in place without external diktats or interference."

In power since 2001, Kabila officially ended his term in office in December, but he was allowed to remain under the New Year's Eve deal in exchange for guarantees that elections will be held.

The UN Security Council has demanded that elections be held before the end of this year, but concerns are growing after election officials said in July that a vote in 2017 was unlikely.

Kabila told the UN assembly that organising the elections in the vast country presented major logistical and security challenges, but that he was confronting these "with undeniable tenacity."

Voter registration is progressing with 42 million people out of a total of 45 million citizens of voting age now on the electoral lists, he said.

The United States has threatened to slap sanctions on the DR Congo unless elections are held this year.

Kabila defended a military campaign in the Kasai region, which the United Nations has said resulted in hundreds of extrajudicial killings, saying his forces were fighting "terrorists".

"In the Kasai, a mystical tribal militia is using the civilian population, including children, as human shields, attacking people and state buildings, sowing terror," he said.

Kasai has been in turmoil since a tribal chieftain known as the Kamwina Nsapu, who rebelled against Kabila's regime, was killed in August.

More than 3,000 people have died and 1.4 million have been displaced, according to the Catholic Church.

Kabila described as "barbaric" the murder of two UN experts in the Kasai, and pledged to "shed full light" on the crime and bring those responsible to justice.

Zaida Catalan, a Swedish-Chilean national and American Michael Sharp were killed in March while investigating reports of more than 40 mass graves in the Kasai.

Their bodies were found in a shallow grave. Catalan had been decapitated.

The president renewed his call for a drawdown of the 20,000-strong UN peacekeeping mission in the DR Congo, saying that after 20 years, the force cannot "stay in my country indefinitely."

Kabila was first propelled into office after his father, Laurent-Desire Kabila, was assassinated in January 2001.

He won a first five-year term in 2006 in a poll organised with the help of the large UN mission.