Kalou brothers give with a smile in Ivory Coast 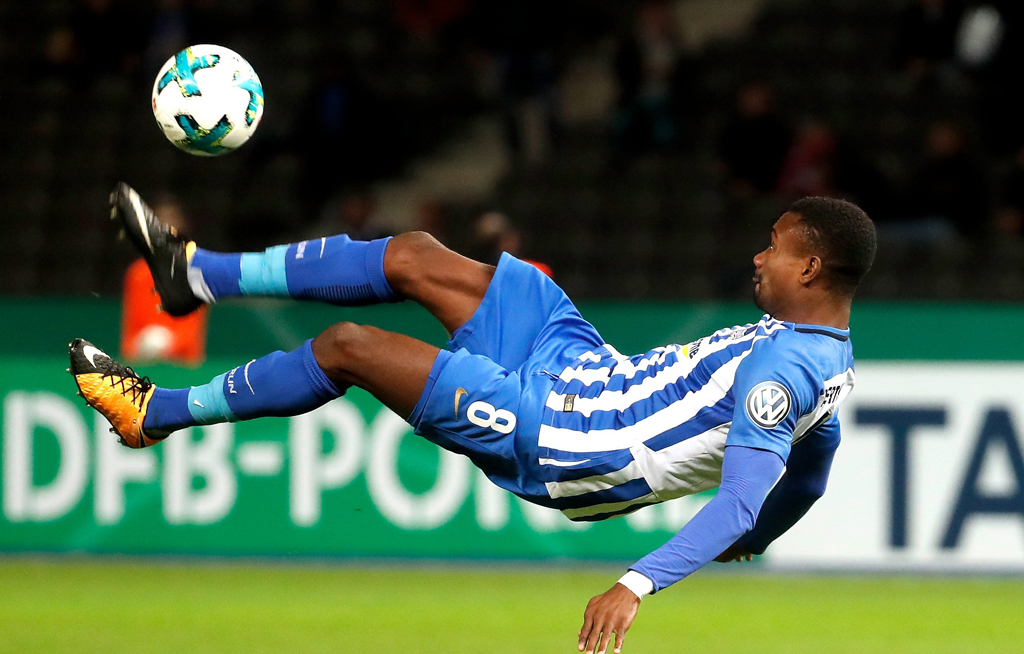 ABIDJAN - "The little that one can do, one does," the Ivorian star Salomon Kalou tells 21-year-old David Datcha, who is undergoing one of two weekly dialysis sessions in an Abidjan hospital.

The Hertha Berlin striker made the most of the Christmas break to immerse himself in charitable work with the foundation he created with his brother Bonaventure, the former Feyenoord, Auxerre and Paris Saint-Germain player (Kalou Foundation, http://fondationkalou.com/) in their home country.

Since 2010, the Kalou Foundation has worked principally on two projects: helping around 100 orphaned girls who living in a centre in Grand-Bassam, about 30 kilometres from Abidjan and patients with kidney problems.

"When we created the foundation, we wanted to be sure of having a lasting impact and not do things that had no tomorrow," said Salomon Kalou, who is 32 and has been an ambassador for the Ivorian emergency medical services (SAMU) whose responsibilities include providing blood dialysis.

The Kalou Foundation is trying to make that treatment more widely available,

"One of the things we noticed was that there were no centres (for dialysis) in the provinces. People had to come to Abidjan. The travel cost them time and money, without taking into account that they had to find a place to stay here," he said.

The Kalou Foundation has funded a big centre in Bouake, Ivory Coast&39;s second city located in the middle of the country, and undertaken to provide equipment without neglecting Abidjan, by far the largest city, where the need is greatest.

In total, several hundred patients across the country receive treatment thanks to the foundation

"It&39;s immensely helpful for us because we pay 1,750 francs (3 euros) and the minimum in the private sector is 60,000 francs (100 euros), that&39;s a significant difference," said David Datcha, a student who is also happy that he can shake the hand of Salomon Kalou, a football star who played for Chelsea and has made more than 90 appearances for his country.

"I&39;m a footballer and in my position scoring a goal is quite ordinary, it&39;s my job ...How to give someone a smile is not so clear cut but for me it is more important than scoring a goal," Kalou said.

"We often talk about footballers and their big cars. This is the caricature ...many footballers do what they can. We are lucky enough to be able to help, so we do," said Kalou.

"We are also trying to bring in female stars or other women who can serve as role models so the youngsters can develop ambition and see that everything is possible."

This Christmas the girls were able to enjoy a Christmas tree in the gardens of a big hotel in Abidjan in the presence of not only Salomon and Bonaventure Kalou but also sprinter Marie Josee Ta Lou, the Ivorian who won world championship silver in the 100m and 200m in 2017, the model Melie Tiacoh, who grew up in the country, and famous television presenters.

"It&39;s for a good cause. We were supposed to be training today but I took a day off. It&39;s nice to see all these girls with a smile and I hope there are a lot of little Ta Lous among them," sais the sprinter

Most of the gils have shaved heads. They sport purple Kalou Foundation T-shirts and enjoy huge inflatable slides and a buffet of sweets.

"It warms the heart to see these children having fun," said Salomon Kalou with a smile. "It&39;s special. They say the mother is the centre of the home and here we are helping and educating a generation of them. We are doing it with pleasure."