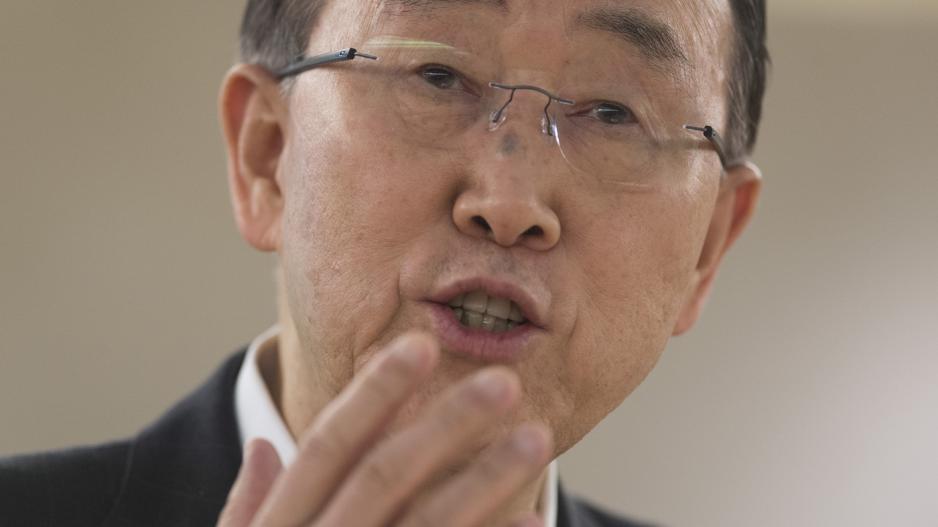 NEW YORK - Kenya on Thursday accused the United Nations of bowing to pressure from certain countries by setting up an investigation that pinned the blame for peacekeeping failures in South Sudan on the Kenyan force commander.

Ambassador Macharia Kamau charged that "certain current and future members of the Security Council" had pushed for a probe with a "pre-ordained outcome" that targeted the Kenyan general as the "fall guy."

"The United Nations acquiesced to undertake the investigation with skewed terms of reference meant to target one individual," said Kamau, who slammed the report as "shameful, unfair and an exercise in scapegoating."

The ambassador did not name the countries involved, but China's peacekeepers in South Sudan were criticised in the report, and Ethiopia, which also has troops in the mission, is due to join the council in January.

Ondieki has been replaced as force commander by Major-General Chaoying Yang of China.

After learning that the report would recommend the dismissal of Ondieki, Kenya sought to intervene with Ban to defend the general, who had been in the post for three weeks, and demanded that the decision be reversed.

"The secretary-general in his lame-duck season seems to have found the courage that has eluded him throughout his tenure by choosing to ignore Kenya's plea," said Kamau.

Kenya responded to the UN decision by announcing that it will pull its 1,050 troops out of South Sudan and dropped plans to contribute soldiers to a planned UN regional force for Juba.

UN spokesman Stephane Dujarric defended the sacking of the force commander, saying it was based on "leadership command decisions" taken by Ondieki during the fighting in July.

"There was no pre-ordained conclusion to Mister Cammaert's work," he said. Retired Dutch general Patrick Cammaert led the investigation.

The report found that a lack of leadership in the UN mission culminated in a "chaotic and ineffective response" during heavy fighting in the capital from July 8 to 11.

Peacekeepers abandoned their posts and failed to respond to pleas for help from aid workers under attack in a nearby hotel compound.

Russian Deputy Ambassador Petr Iliichev said the decision to sack Ondieki was "premature" and should be reconsidered, but it remained unclear if the Security Council would take up the matter.

The UN mission known as UNMISS has 16,000 troops deployed in South Sudan, which has been at war since December 2013.

The Kenyan ambassador said there was a "systemic failure" at the United Nations and that responsibility lay also with the department of peacekeeping in New York and the joint command of the UN mission in Juba.

The UN spokesman said in response that Ban has "full confidence" in peacekeeping chief Herve Ladsous, of France.