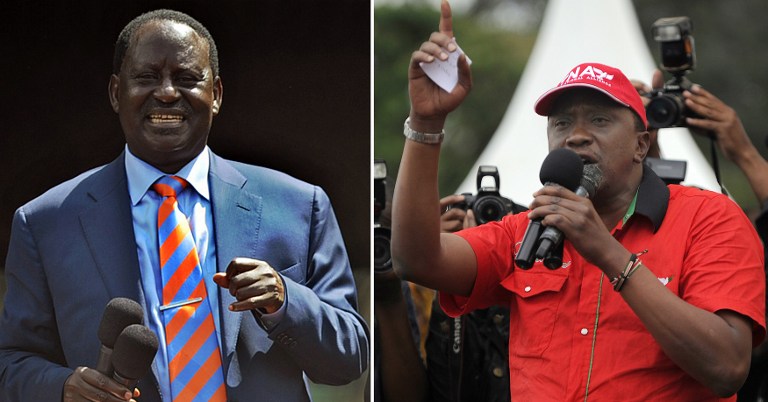 NAIROBI – Kenya's election commission on Monday set October 17 as the date for a new vote ordered by the Supreme Court when it annulled an August poll won by President Uhuru Kenyatta.

The election will feature Kenyatta who is running for a second term and opposition leader Raila Odinga, the commission said.

Kenyatta won the August 8 vote by 1.4 million votes. The court on Friday said the election commission had not followed proper procedures and ordered it to hold a new vote within 60 days. It did not stipulate any personnel changes.

The decision shocked some in Kenya and was seen by many as a step forward for democracy in the country because it appeared to set an example of judicial independence.

Odinga, who lost the two previous elections, welcomed the judgement and called for senior officials at the election board to resign and face possible prosecution.

Spokesmen for Kenyatta and the election board rejected a change to the entire board.

"The Supreme Court gave clear guidance on who will hold the repeat election. You cannot accept one half of the verdict of the Supreme Court and not the other," said presidential spokesman Manoah Esipisu.

Andrew Limo, a spokesman for the electoral board, said the situation was complicated by the fact that the court would not release its full verdict until September 21.

Judges read short remarks criticising the process but did not go into detail, saying they needed more time to consider more than 80,000 pages submitted as evidence.

"If you want to punish people, you must have a basis for it. But the only basis is the full judgement of the Supreme Court, which will not be out until 21 days," Limo said.

"Otherwise the commission could get into a position of defending itself in court from people who were dismissed."