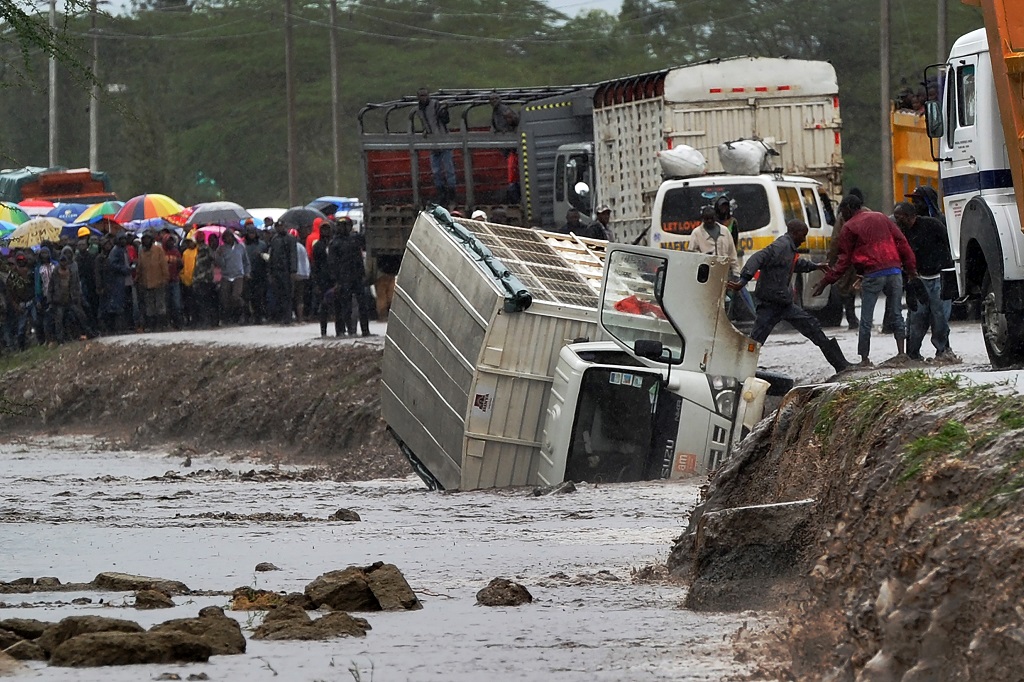 A man is assisted to climb off a truck that was washed off a road by flash floods at Isinya some 58kms south-east of Nairobi on March 15, 2018.

NAIROBI - Flooding across Kenya triggered by weeks of torrential rain has left 112 people dead and displaced hundreds of thousands of others, the Red Cross said on riday.

Kenya Red Cross secretary-general Abbas Gullet made an appeal for $5-million (R60-million) to help those affected in 32 counties.

Since early March "112 people have lost their lives countrywide", he told a media conference.

"About 48,177 households have been displaced so far and this translates to 260,200 people that are displaced," he said.

Gullet said more than 21,000 acres of crops had been destroyed and some 20,000 animals washed away, while more than 100 schools had been affected, many of which remain closed.