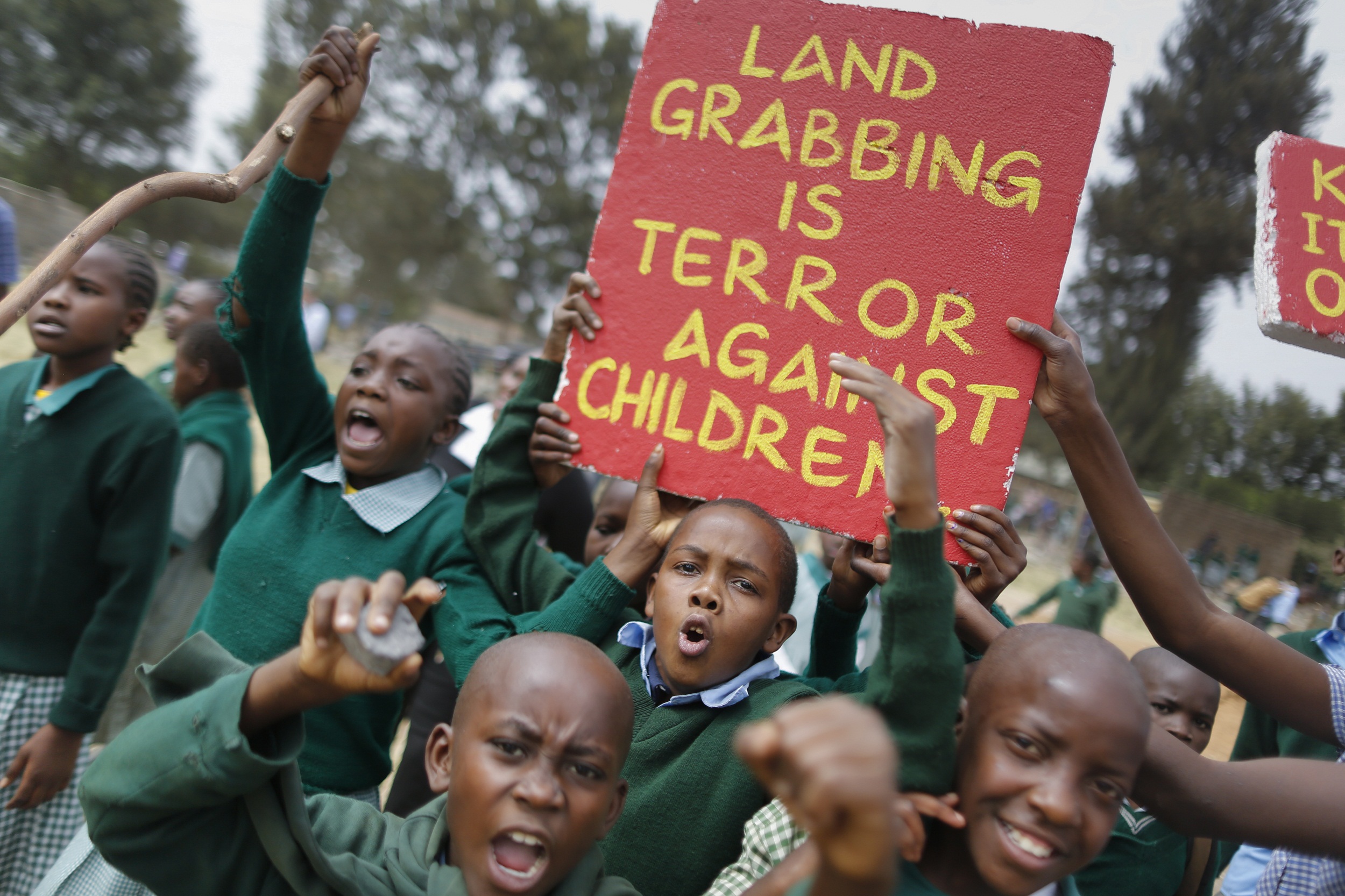 School children face off against a police dog handler during a protest against alleged land grabbing at Langata Road Primary School in Nairobi, Kenya.

NAIROBI - Kenyan police fired teargas on Monday at children protesting against the seizure of their school playground by a property developer.

Around 100 primary school children and a small group of activists pushed over a newly built wall that separated playing fields and the school buildings, close to the capital Nairobi&39;s main domestic airport.

Around 40 armed police accompanied by dogs dispersed the protesters by firing tear gas canisters, an AFP photographer at the scene said.

Dozens of children were caught in choking clouds of tear gas before being forced to shelter on a pedestrian bridge over the main road to escape the noxious fumes.

Macharia Njeru, chairman of the Independent Policing Oversight Authority, said the incident would be investigated.

"Teargassing children is inexcusable," he said.

Renowned activist Boniface Mwangi said a "school playground is a necessity, not a privilege."

Monday was the first school day since the wall was built during the holidays.

Nairobi, a city of more than three million people, is rapidly growing and land prices are rising at some of the fastest rates anywhere on the continent, according to real estate experts.

Meanwhile, a twitter war broke out between Kenyans after police tear gassed children who wanted to occupy their school playground which was confiscated in an alleged land grab.

Today is OccupyPlayGround,9am,at Langata Primary School. The police are already there to protect us from the grabber pic.twitter.com/YrSbaoONXp

Anyone above 8 yrs can be charged in court for destruction of property ~ Langata OCPD Elijah Mwangi OccupyPlayGround pic.twitter.com/dsj3kadoZ3

OccupyPlayGround Spotted on trip advisor... is this the way to go? yes? no? pic.twitter.com/LGosgFujp8

I am not aware that Langata Primary pupils were teargassed, I will investigate ~Langata OCPD Mwangi OccupyPlayGround pic.twitter.com/zsNOINpXR6

OccupyPlayGround Kids must never be used as human shields!! shame on whoever dragged them to the protest.Two wrongs don&39;t make a right.

5 land cruisers and a lorry still at the site of OccupyPlayGround. Excellent use of our Defence Forces don&39;t you think?

however much you try to convince me, you will never justify using a small kid for a self gain FACT OccupyPlayGround HATA MUNGU ALISEMA

even by our already very low standards, tear-gassing kids is extremely LOW. a new low! OccupyPlayGround

Who asked the school children to demonstrate? OccupyPlayGround