Kenya president asks for forgiveness in State of Nation Address 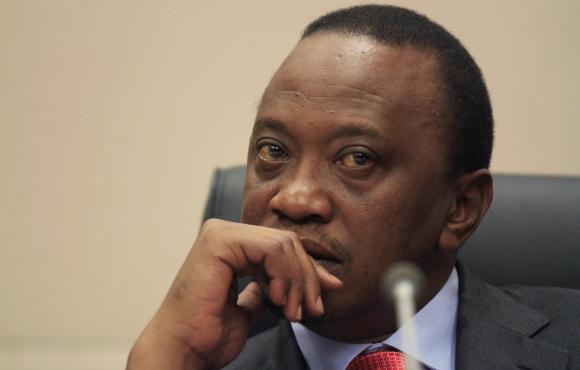 Kenya's President Uhuru Kenyatta's trial is crucial to the ICC, which has secured only one conviction and suffered a string of collapsed cases since it was set up 11 years ago.

JOHANNESBURG – Kenyan President Uhuru Kenyatta asked for forgiveness from the nation and called for Kenyans to unite during his State of the Nation address on Wednesday which lasted almost one-and-a-half hours, Kenya’s Daily Nation reported on Thursday.

“If there was anything I said last year that hurt or wounded you, if I damaged the unity of this country in any way, I ask you to forgive me, and to join me in repairing that harm,” said Kenyatta.

His remarks followed months of political turmoil and unrest - when last year’s presidential elections were annulled by the country’s Supreme Court - and repeated challenges to him being sworn in for a second term in January this year.

A spirit of reconciliation has characterised the president’s speeches since March 9, when he made a peace pact with opposition leader Raila Odinga at Harambee House in Nairobi.

However, Kenyatta would not go into details about the pact, particularly on the constitutionalism of proposals to create special posts for the two of them once his term ends, even though he spoke highly of Odinga and described their unity deal as an exemplar of statesmanship.

The Kenyan leader added that in addition to the need for reconciliation, politics had to be moderated as unity wasn’t a given but something that had to be worked for.

He also noted the loss of lives in political duels – and some in confrontations with the police – as well as the destruction of property, and repeated the call that it should not be allowed to happen again.