King Mswati rebrands his rule as a form of democracy 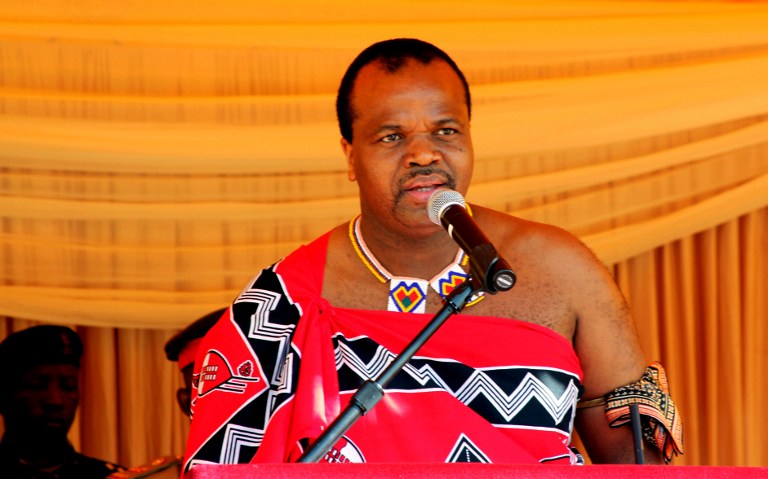 Explaining his new definition of democracy to an assembly of regional MPs, the king said as far as he was concerned, democracy meant that he permits his subjects to elect some of his counsellors who advise him.

“The ballot box is the will of the people who vote for an individual, who will provide advice and counsel to the king,” Mswati said in a speech delivered by his hand-picked Deputy Prime Minister Paul Shabangu.

Stung by criticism that he was viewed internationally as a dictator, Mswati invented the name “monarchial democracy” some years ago to define his rule.

“(Monarchial democracy) is a combination of power and empowerment,” Mswati told parliamentarians from the Southern African Development Community (SADC) this week. MPs from SADC’s 15 member states were in Swaziland to attend the 39th Plenary Assembling Session of the SADC Parliamentary Forum.

He added: “To those who proclaim that democracy is the answer to all nations and their development, we present ourselves as testimony to a new democratic ideology that works”.

Swaziland’s political system is rated as “Not Free” by the human rights group Freedom House. Amnesty International regularly criticises the royal government for jailing human rights activists and journalists. The country’s refusal to abide by UN labour and human rights accords, to which Mbabane is a signatory, caused the United States (US) to drop Swaziland from the Africa Growth and Opportunity Act (AGOA) in 2014.

Although thousands of Swazi jobs were lost when factories closed after losing AGOA’s trade advantage of duty-free access to the US marketplace, government has failed to amend labour and security laws as directed by the UN’s International Labour Organisation (ILO).

The host country’s political dispensation and human rights record were not on the agenda of SADC Parliamentary Forum.

MPs were considering how to conform national laws on the criminalisation of HIV-positive people who knowingly spread the disease to non-infected individuals.

The assembly was also expected to approve a model law on Eradicating Child Marriage and Protecting Children Already in Marriage. The law was drafted in Johannesburg in March by a committee headed by Botswana’s High Court Judge Oagile Dingake, under the guidance of the UN Populations Fund (UNFPA).

About 80 SADC parliamentarians listened politely as Mswati said: “As put to the global community, the Kingdom of Swaziland’s position is that it believes in democracy as an idea but not as an ideal because things that are ideal to you may not be ideal to other people.”

According to Swaziland’s 2005 constitution, governing power resides in the king’s hands. He is superior to the legislature and judicial branches and the constitution itself. He cannot be sued in court. The king chooses the prime minister, who is always a member of his family, as well as executive branch officials, top government, military and police positions, and some members of parliament. The Swazi Senate is also appointed and not subject to election.

Pro-democracy groups in the country said that Mswati has confirmed parliament’s position as a powerless advisory body only, and one which the king has been known to ignore. True power in Swaziland resides in the king’s court in various groupings of traditional counsellors. These intimates are chosen by the king himself and are not elected by the Swazi people.