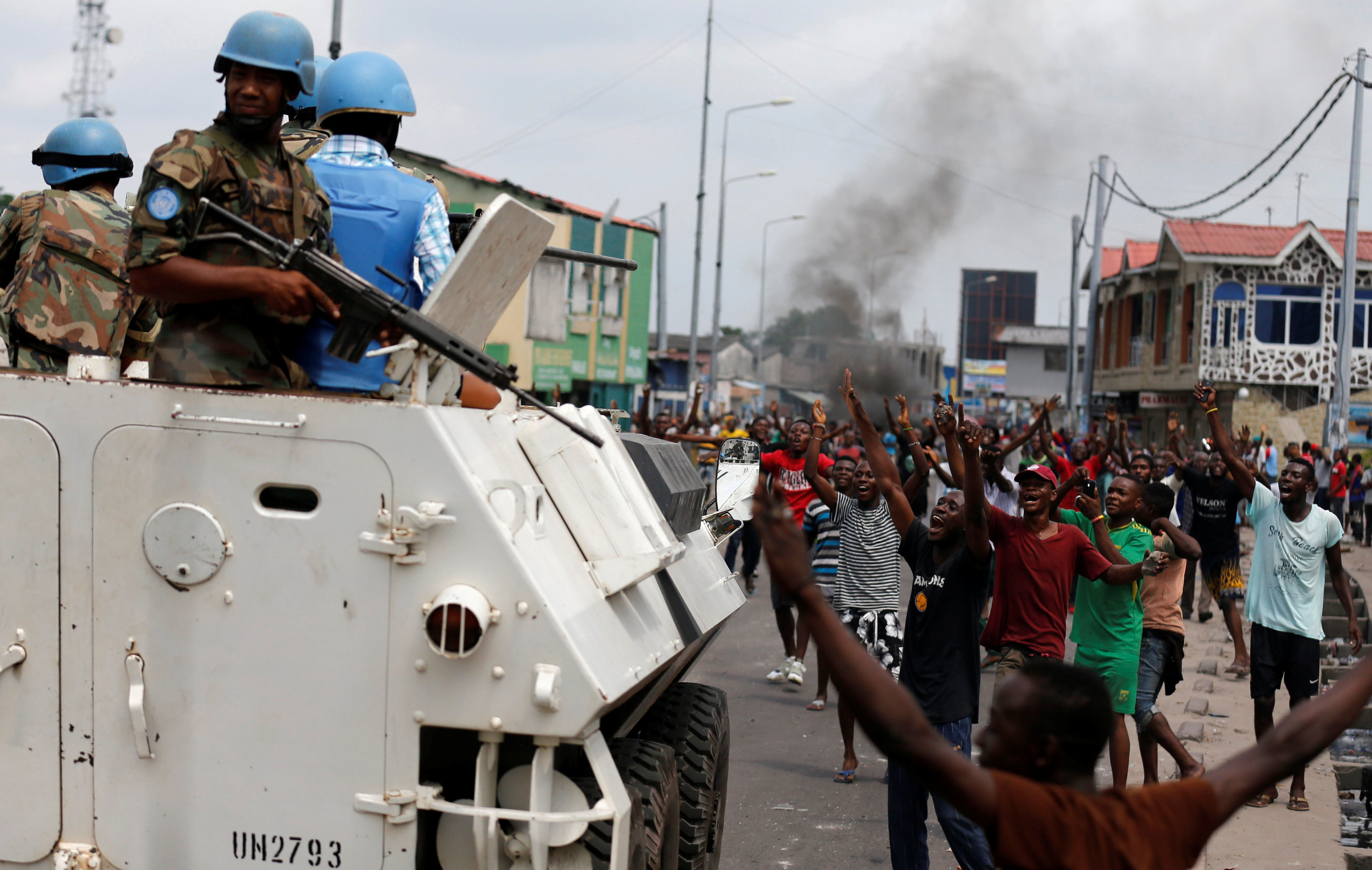 Residents chant slogans against Congolese President Joseph Kabila as peacekeepers serving in the MONUSCO patrol during demonstrations in the streets of the Democratic Republic of Congo's capital Kinshasa on December 20, 2016.

KINSHASA – Around 230,000 people have been driven from their homes in Democratic Republic of Congo, the government estimated Friday, a vastly different figure from the reports of humanitarian groups in the conflict-torn country.

At the same, Biango confirmed DRC&39;s "non participation in the Geneva conference" on April 13, called by the United Nations and the European Union to raise $1.7 billion for humanitarian needs in the vast central African nation.

For several months, the UN and its agencies as well as NGOs have pointed to an alarming situation in DR Congo. They claim 4.5 million people have fled their homes in provinces across the country plagued with violence, from Kivu and Tanganyika in the east, to central Kasai and most recently in northeast Ituri.

On March 23, Kinshasa said it would refuse to take part in the Geneva conference claiming tha the level of the country&39;s humanitarian crisis was not so "excessive".

That is far from the view of the United Nations which considers DRC one of its humanitarian priorities along with Yemen and Syria.

"We are led by people who don&39;t like us," commented the internationally-known Congolese gynaecologist Denis Mukwege, who cares for women rape victims in the troubled east.

He called the attitude of the Kinshasa authorities "scandalous".