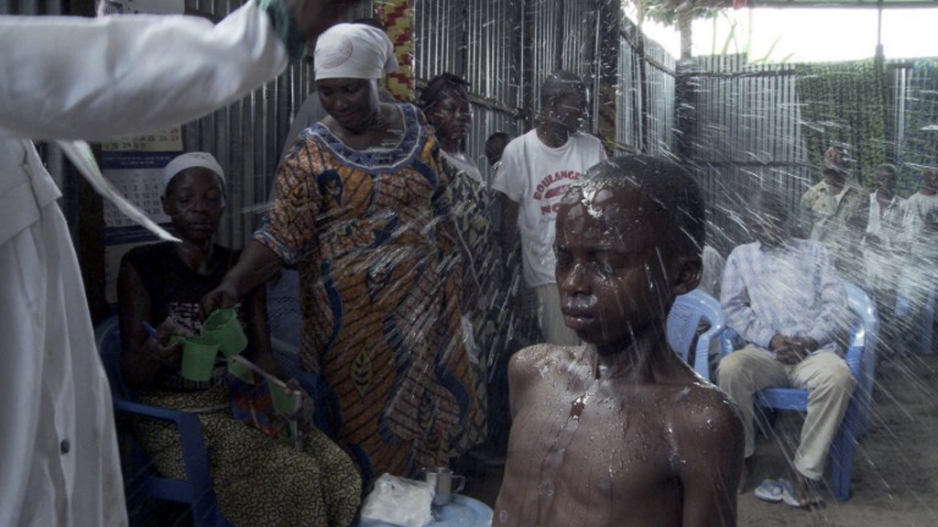 A scene from the film Kinshasa Kids, which depicts the lives of the DRC capital's street children, who are often accused of witchcraft.

KINSHASA - As the images fade on the crumpled sheet doubling as a movie screen, 400 exuberant teenagers clap hands to the beat of the closing number of "Kinshasa Kids", the award-winning movie finally come home.

The one-and-a-half hour film about music becoming a source of hope for street kids in the Democratic Republic of Congo was released more than two years ago in Europe, where it was acclaimed by critics but never became a box-office hit.

The screening in the DRC capital, Kinshasa, a vibrant city of some 10 million without a single movie house, was the first chance for many schoolchildren to see a film, albeit on a makeshift screen.

Saying he&39;d fallen "in love with Kinshasa", Belgian director Marc-Henri Wajnberg brought the film starring genuine street kids to their home environment, partly as a "thank you" but also to "make people think" about the fate of children thrown out of their homes by their own families.

The film shows how youngsters can often be blamed in DRC for bad luck and accused of witchcraft, ending up in one of the Revival Churches in the city for a horrendous exorcism.

Opening scenes show a "prophet" pretending to remove bloody entrails from adults and children held to be possessed.

"When a child is a witch, what his parents must do is help him to change. The way (a mother in the film throws her child out), I didn&39;t like that," says a girl in the audience called Eurele.

Families mired in economic hardship with too many mouths to feed can even be reluctant to take children back after exorcism.

"Kinshasa Kids" closely follows eight so-called "shegue" children -- who live on the streets after being chased out of their homes or fleeing domestic violence.

It shows a teeming city bound in poverty and superstition where life is tough for its more than 20,000 street children.

But it also pays a moving and whimsical tribute to the exuberant energy and the music genres that are the beating heart of the capital, as well as to countless daily acts of solidarity.

In the film, seven boys and one girl recruited off the streets to play themselves, form a band named Diable Aza Te ("The Devil Doesn&39;t Exist" in the Lingala language), with plans for "a big concert" that will help them "earn a maximum of money".

A wildly dressed and extravagant musician, Bebson Elemba (Bebson of the street), helps them rehearse for the big show which eventually takes place on a rooftop.

After the emotional shock of the opening scenes, the young audience from the Molende high school in Matete in southern Kinshasa watch the screen divided between anxiety and laughter.

A heavy silence falls when a disabled man vividly describes the effect of an aphrodisiac powder he invented and shows how to use it.

Wajnberg says he went to Kinshasa to make "a music documentary" but changed his mind after seeing "this incredible city ... these street kids".

"I wanted to show the beautiful energy, how beautiful people are despite hardship," he says.

Most of the film&39;s actors attended the screening, but two were absent.

Rachel Mwanza after her maiden role in the film went on to win a Silver Bear best actress award in Berlin in 2012 for her role as a child soldier in "War Witch", and now lives in Canada.

Michael too was missing but no one had news of his whereabouts. "They tell me he&39;s in the United States... I&39;d really like to believe that," Wajnberg said.

The director said the six other youngsters, now all about 17, five years older than when the film was shot, now were off the streets.

Gautier, who is studying mechanical engineering, said "God be praised, the film changed many things in my life", while Joel, author of the shegue rap hit "Boom boom Shaka!", dreams of "one day becoming an actor in American or Chinese movies".

* Below is a UNICEF report on children being accused of witchcraft in the DRC.