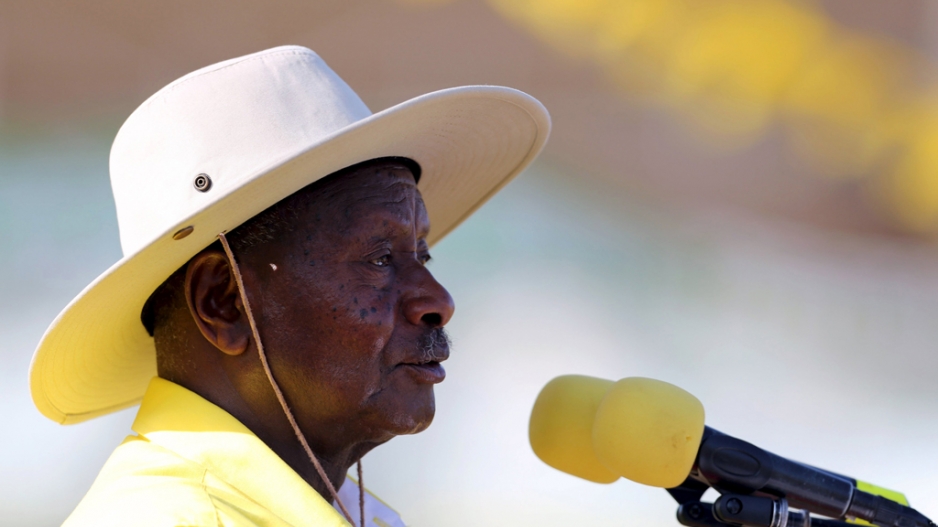 KAMPALA – Lawyers who are mounting a challenge against Ugandan President Yoweri Museveni&39;s re-election victory last month said on Wednesday their offices had been broken into and crucial evidence they had intended to present in court was stolen.

The government angrily denied any involvement in the robberies, though an opponent of Museveni, former prime minister Amama Mbabazi, said people wearing police uniforms had taken part in one of the break-ins.

Uganda&39;s Electoral Commission declared Museveni the winner of the February 18 vote with 60 percent – extending his three decades in office – but all of the major opposition candidates have dismissed the results as fraudulent.

EU observers criticised the poll, saying it had been conducted in an intimidating atmosphere and that the Electoral Commission lacked transparency and independence, while US Secretary of State John Kerry criticised Uganda for blocking social media platforms on the day of the vote.

Last week lawyers for Mbabazi, who stood in the election but came a distant third with less than 2 percent of the vote, formally contested the results, citing delays in delivering ballot materials to some precincts, improper supervision of voting and bribery.

The Supreme Court conducted a pre-trial hearing on Monday and is due to commence formal proceedings on March 10.

But on Wednesday one of Mbabazi&39;s lawyers, Fred Muwema, told Reuters that his law firm&39;s offices were broken into on Tuesday night and two laptops and two desktop computers with information on the case were stolen. He said 100 signed affidavits they had intended to use as evidence in court was also missing.

"Only material concerning the petition was taken," Muwema said. "This evidence was collected very painstakingly ... It&39;s a big setback for us," he said.

A second firm representing Mbabazi was also broken into on Tuesday night and some evidence taken away, Muwema said.

Shaban Bantariza, deputy government spokesperson, denied that the state had any hand in the robberies.

Speaking on NTV Uganda, a local broadcaster, Mbabazi said the theft at one of the two law firms had involved 30 people and "the majority were in police uniform".

Kizza Besigye, Museveni&39;s main rival, who came second in the election with 35 percent, has been under virtual house arrest since polling day.

He missed the deadline for challenging the results, something his party blamed on his repeated detentions.