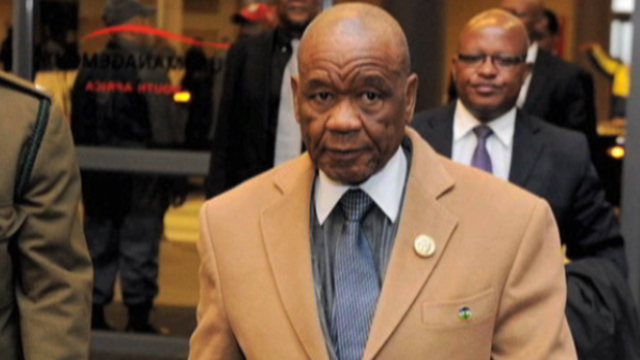 MASERU - Lesotho&39;s opposition leader has fled the country for the second time in a year, claiming that he was at risk of assassination after being voted out of power.

Thomas Thabane, the former prime minister, travelled to Botswana on Tuesday night in the latest twist to a year of political turmoil for the mountainous country that is entirely surrounded by South Africa.

"I ordered an investigation which confirmed that there were indeed plans to kill me," he told AFP by telephone.

"Soon after I was given this report, I fled the country fearing for my life. I am still in Botswana."

The Lesotho police said they could not confirm the threat against Thabane, but that they would investigate.

Thabane suspended parliament in June last year to avoid a motion that would have seen him ousted from power after the previous fragile coalition government fell apart.

Thabane described the violence as an opposition-backed coup attempt and fled to South Africa, though both his political opponents and the military denied any bid to seize power.

Lesotho is seen as strategically important to South Africa as it provides 90 percent of the water to Johannesburg city.