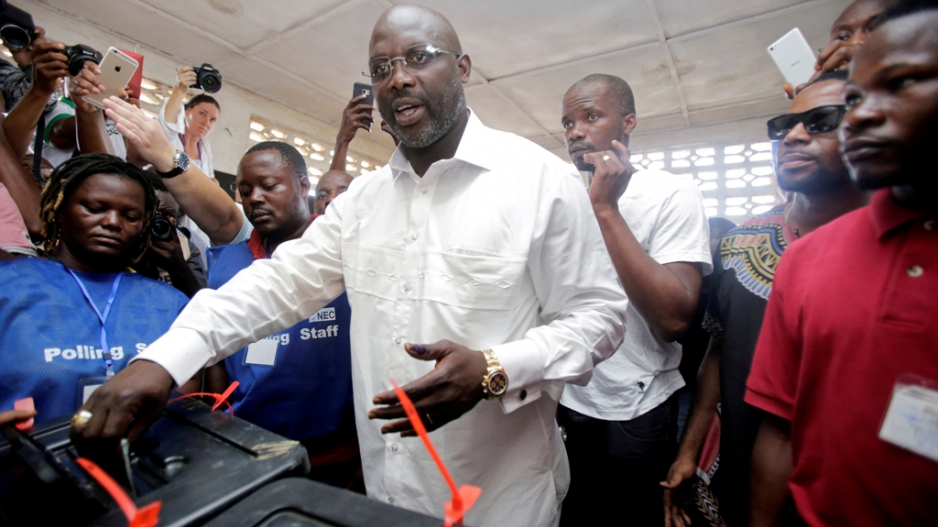 MONROVIA, Liberia - The runoff in Liberia&39;s presidential elections will be held on December 26, the country&39;s electoral overseer announced on Tuesday, clearing a last hurdle in a protracted saga.

It means the final round of voting between the two leading candidates -- ex-footballer George Weah and Vice President Joseph Boakai -- can go ahead.

"I am pleased to announce that the 2017 presidential runoff elections will be conducted on Tuesday December 26, 2017," the president of the National Elections Commission (NEC), Jerome Korkoya, said.

"We realise that this day is immediately after Christmas Day," he said, adding: "We call on all registered voters to make that one sacrifice, for the love of our democracy."

During her tenure, she steered the country away from the trauma of war, although poverty remains entrenched.

The Supreme Court last Thursday ordered the commission to proceed with the vote after it was delayed for a month by fraud complaints.

The run-off was triggered because no single candidate obtained more than 50 percent in the first round, which was described as free and fair by international and domestic observers, despite some reported delays.

The US embassy in Liberia previously expressed "confidence in the integrity" of the first-round vote.

International donors have poured billions of dollars into Liberia since Sirleaf was elected in 2005, and are nervously monitoring the outcome.

The European Union, the African Union, the regional bloc Economic Community of West African States (ECOWAS) and Liberia&39;s United Nations peacekeeping mission have all called for a swift and smooth succession.