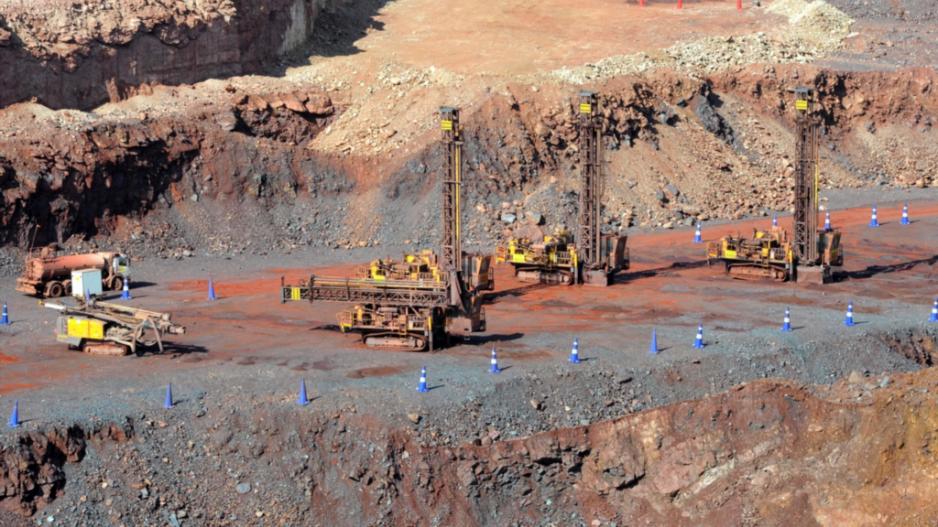 FILE. The official opening of the Kumba Kolomela iron ore mine on June 22, 2012 in Postmasburg

Sable, co-founded by former England international cricketer Phil Edmonds, is accused of organising the handouts to win iron ore concessions and of paying for favourable representatives to be appointed to key posts with responsibility for licences and tenders.

The company denies the allegations.

Isaac Redd, a spokesman for Liberia&39;s House of Representatives, told AFP six people would be chosen for a special investigative body, following a unanimous vote on Friday to establish the committee in the wake of the allegations.

"The committee that will be set up by the House of Representatives will be an independent one. It will comprise people that are neither in government, nor in the parliament. This accusation is so grave that we cannot leave a room for a compromise," Redd said.

Sherman has said he is willing to co-operate with any investigation, but denies wrongdoing. Tyler and Saytumah have yet to respond publicly.

Others implicated include Richard Tolbert, a former banker and ex-head of the National Investment Commission, the body overseeing the tendering process for mining projects, and Willie Belleh, who oversaw the body responsible for government investment agreements.

In 2010 Liberia passed a law allowing the mining minister to declare some mining concessions "non-bidding" areas that could be handed out without a tender process.

Despite a mountain of alleged kickbacks, Sable has never obtained rights to concessions likely to produce significant amounts of ore in Liberia.

The Liberian presidency has already established a committee to investigate the claims, but Redd said an independent body was required given the potential for conflicts of interest.

"The committee set up by the president comprises presidential appointees, and most of those accused by the report are people in high-up positions in government. We believe that an independent committee is the solution," he told AFP.

Edmonds and former business partner Andrew Groves told Global Witness that if true, "none of these actions were carried out with the knowledge of the board".