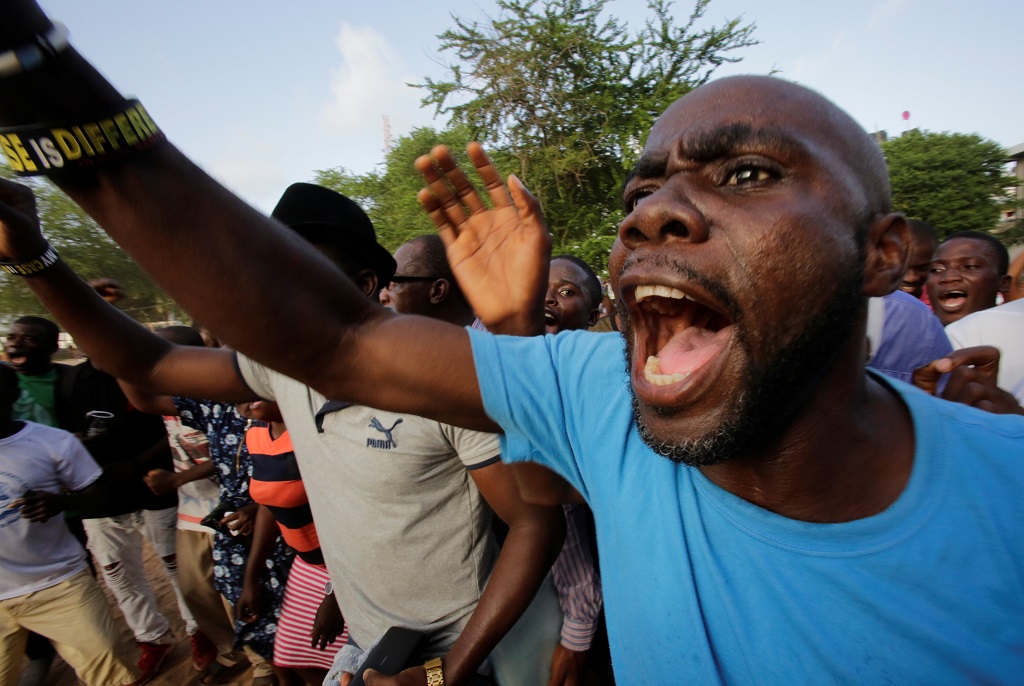 Supporters of George Weah, former soccer player and presidential candidate of Congress for Democratic Change (CDC), celebrate after the announcement of the presidential election results on the radio, in Monrovia, Liberia 19 October 2017

The block on the 7 November vote casts further doubt on the 10 October poll that losing parties say was marred by foul play at polling stations and at the highest levels of government.

It could also delay the election of a successor to President Ellen Johnson Sirleaf, who won a Nobel Peace Prize in 2011 and is the country&39;s first elected leader since a 14-year civil war ended in 2003.

In a writ issued late on Tuesday, the court instructed the Liberty Party of third-placed Charles Brumskine, who made the complaint, and the National Elections Commission, to file briefs by Thursday.

"This is a big step in the right direction," said Liberty Party Chairman Benjamin Sanvee. "The Court recognises the gravity of the issues and has taken action in defence of the law and democracy."

This week, Boakai&39;s ruling Unity Party announced it was backing the legal challenge. It accused Johnson Sirleaf, one of its own members, of interfering in the October vote by holding private meetings with election magistrates.

Johnson Sirleaf denied the meetings were inappropriate. Observers from the European Union and the Carter Center say they saw no major problems with the first round vote.

The Supreme Court&39;s decision is an example of an increasingly assertive role some African judiciaries are playing in overseeing elections. Kenya&39;s Supreme Court annulled the results of a presidential election in August.

"There have been some complaints, some challenges. That process is ongoing in keeping with the rule of law," Johnson Sirleaf said at a news conference alongside Gnassingbe, Conde, Weah, Boakai and three other candidates.

"This democratic process must be concluded within the time frame of the constitution so that I may be able to retire and end this transition successfully," she said.

The streets of Monrovia remained calm although the court ruling raised tension in the capital where memories of the war are fresh. Large numbers of riot police deployed outside the Supreme Court and election commission headquarters.

"I see this entire process as critical to our survival as a nation. We must do all to avoid sliding into war," said student David Farmah. "No one has money to have a re-run of the election. It should go ahead."

Weah won the first round with 38.4 percent of the vote to Boakai&39;s 28.8 percent. He has tapped into frustration with Johnson Sirleaf&39;s 12-year tenure, which has seen a post-war peace consolidated and the economy quadruple in size but has failed to root out corruption and alleviate poverty.

Morluba Morlu, a senior official from Weah&39;s CDC party, said on Wednesday he still expected the run-off to go ahead next week.

"It is sad for a ruling party that has been in power for 12 years (to) be crying," he said of Unity Party&39;s support for the legal challenge. "We don&39;t want any mockery of this election."