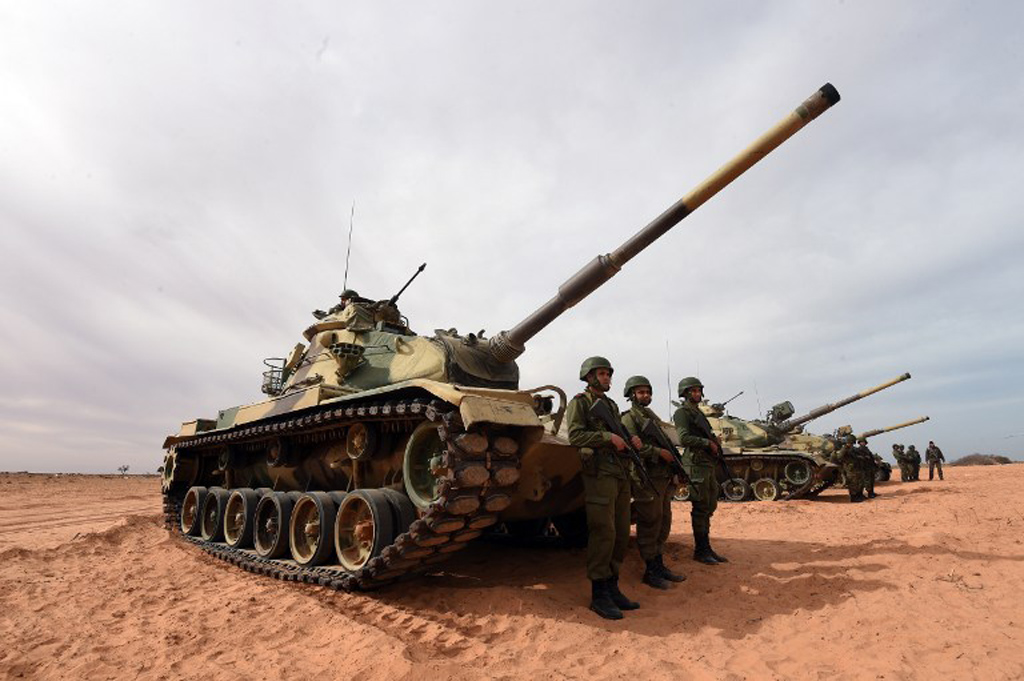 Tunisian soldiers stand in front of a trench dug along the Libyan border during a military exercise on 6 February, 2016, near the Ras Jedir crossing point with Libya.

TRIPOLI — Three Libyan government troops were killed on Saturday in clashes with the Islamic State (IS) affiliates in Sirte, after taking control of the city center, according to a statement by the government forces media center.

"After fierce clashes from the dawn until sunset, our heroes controlled strategic locations in Sirte," the statement said. "This marks the first complete victory over the terrorist IS organisation on the Libyan soil."

Libya’s UN-backed unity government has launched a military campaign two months ago to fight against the increased dominance of the IS in Sirte (some 450 km east the capital Tripoli).

Since the beginning of the clashes, hundreds of the government’s troops were killed and injured.

"In the past 24 hours, the air force launched nine offensives, four of which targeted Ougadugo and its surroundings. Similarly, heavy artillery offensives have taken place on Ougadugo stronghold," the statement said.

Sirte, the hometown of the late leader Muammar Gaddafi who was toppled in the 2011 uprising, had been controlled by the IS for almost a year.

The terrorist groups has claimed responsibility for a series of suicide bombings and killings of foreigners in Libya.