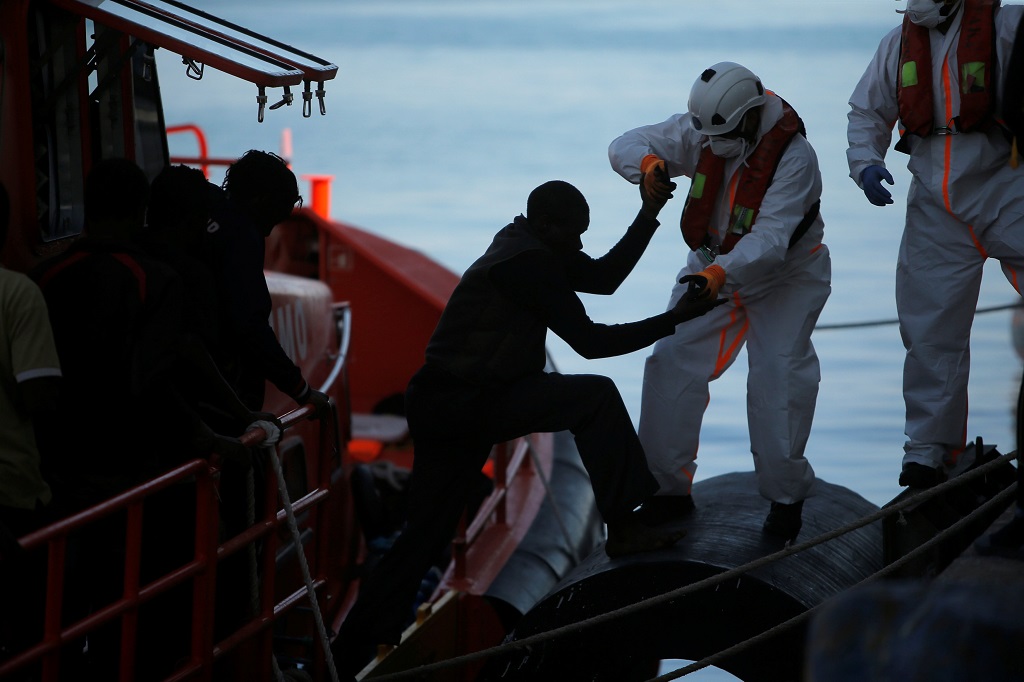 A migrant, part of a group intercepted aboard a dinghy off the coast in the Mediterranean Sea, is helped by a rescuer after arriving on a rescue boat at the port of Malaga, Spain 22 June 2018.

TRIPOLI - Libyan coastguards have recovered the bodies of five migrants and picked up 185 survivors off its western coast, a spokesman said on Saturday.

It brings the total number of migrants trying to reach Italy, but taken back to Libya, to around 950 since last week.

Libya&39;s western coast is the main departure point for migrants fleeing wars and poverty and trying to reach Europe, although the number of crossings has sharply dropped since last July due to a more active coastguard presence with support from the European Union.

The five bodies were recovered from an inflatable boat packed with migrants that got into trouble, the coastguard spokesman Ayoub Qassem told Reuters.

Two coastguard patrols carried out different operations on Friday, picking up 91 migrants in one group and 94 in the second, Qassem said.

He said the migrants were rescued about 24 km off the town of Qarabulli.

"The migrants are from different sub-Saharan countries including three children and nine women," he said.

Libya descended into chaos following the NATO-backed uprising that toppled Muammar Qaddafi in 2011, with many armed groups and two administrations vying for power.

Most migrants try to head across the Mediterranean toward Italy, hoping they will be picked up by ships run by aid groups and taken there, although many drown before they are rescued.

German Chancellor Angela Merkel will try on Sunday to persuade other EU leaders to agree on a common policy on migrants, although her chances of winning support from all 28 member states are deemed slim.